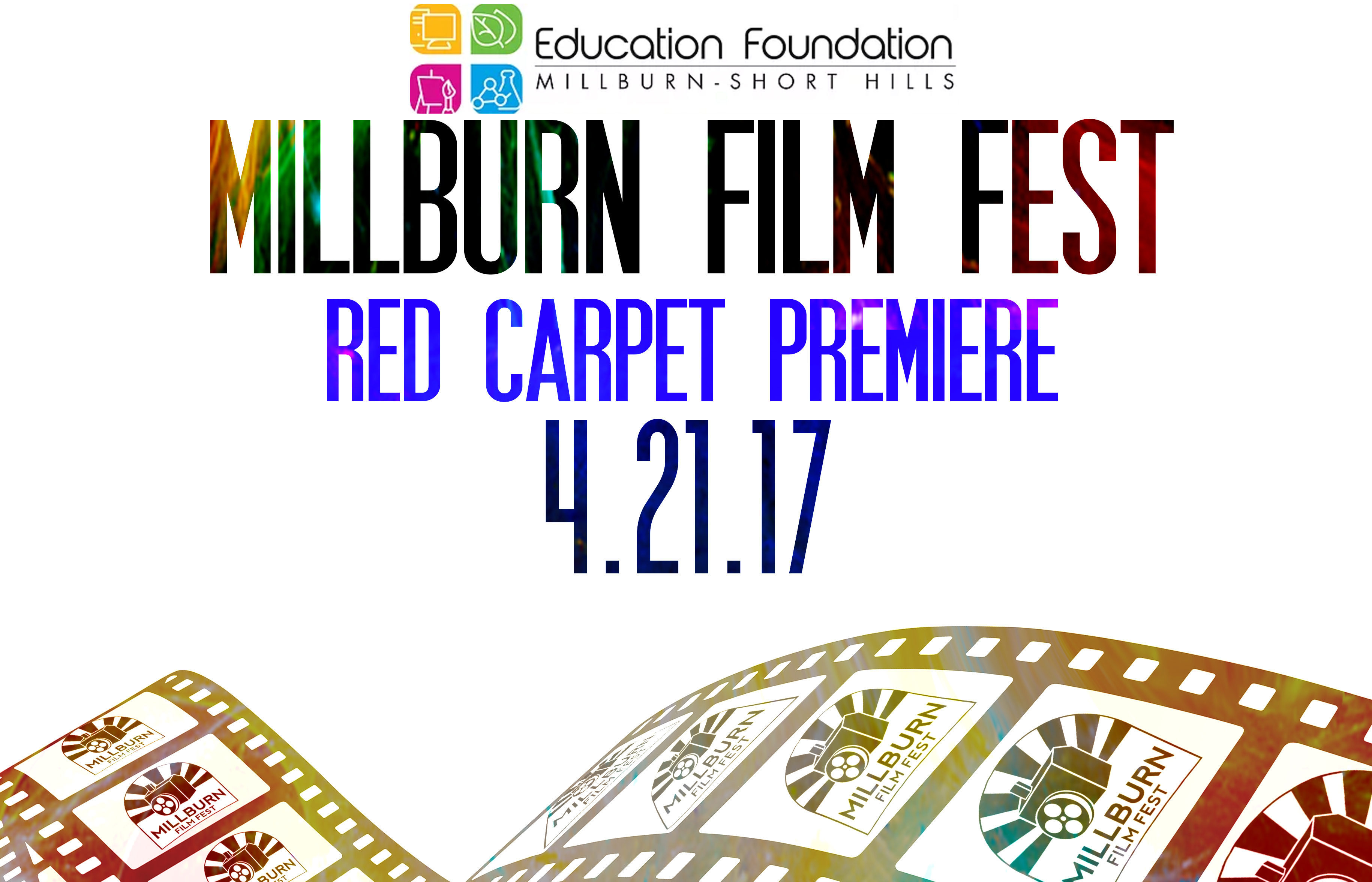 The Millburn High School Film Festival promises to display a wide array of talent this Friday. From documentaries to original dramas, the films will be shown to parents, students, and the panel of judges. The judges are made up of Millburn residents from the entertainment industry. At the end of the night, the judges will recognize their top three favorite films, and the audience will choose their favorite as well. 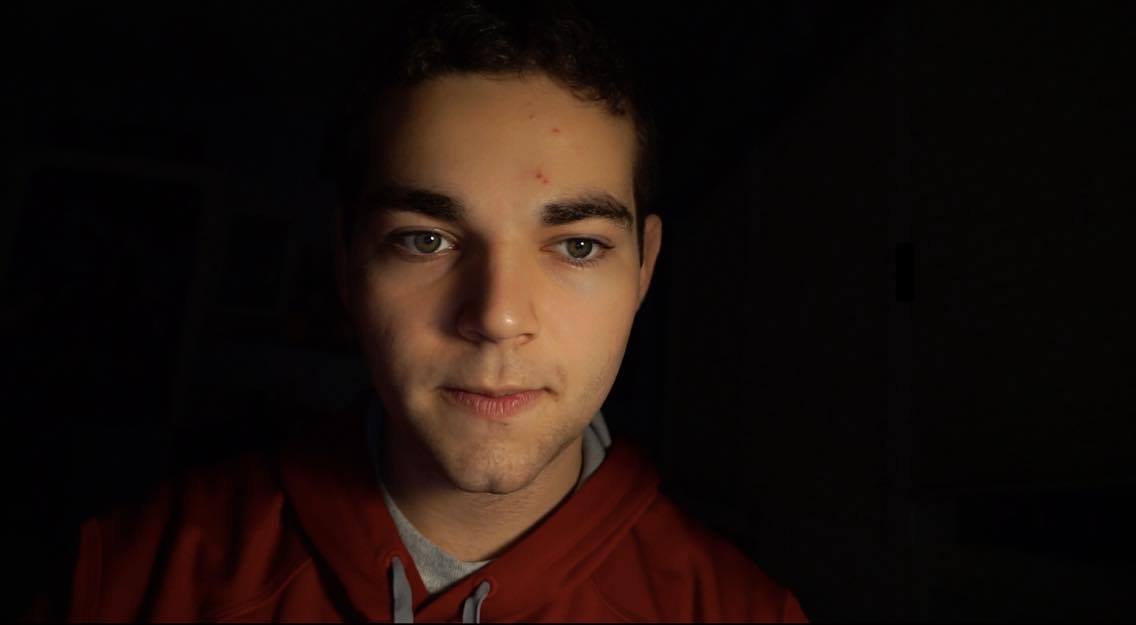 Weissman has carried his expertise in the art of storytelling into 2017. His newest masterpiece, “The Fountain Case”, follows a boy’s (Nick Ryan) investigation into the mystery of the arson of the Magic Fountain ice cream shop. The film exhibits true professionalism in its ability to leave the audience in suspense. Of course, Weissman couldn’t have told the tale as well as he did without his amazing actors, including Luke Wroblewski, Matt Sullivan, and Drew Pickard, alongside Nick Ryan. Weissman’s talent, which will be displayed at the film fest, has carried him to Chapman University, where he will study film production. 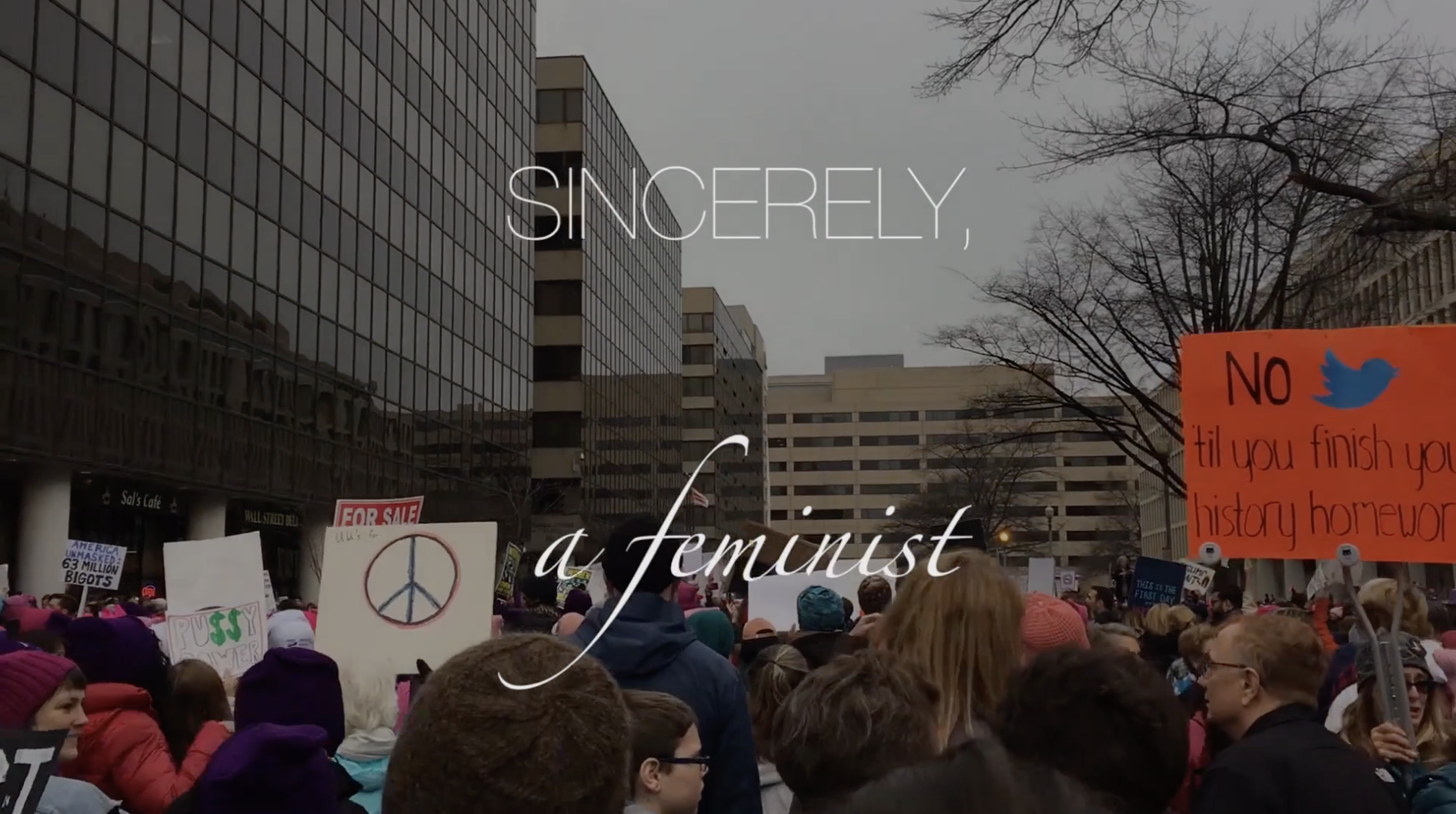 In her film “Sincerely, a Feminist” the always talented Julia Newman gives an inside look into the women’s march, which took place on January 21, 2017 in Washington D.C. The film is an “open letter from young feminists”, and details their motives for marching. With exquisite cinematography and powerful narration, this politically charged documentary will leave an impact long after it is over. To be able to hear the voices of this generation during the political climate makes it essential viewing. Newman has dazzled the screen throughout her Millburn High School career with professional-level films which propelled her to the school of Communications at Emerson University. 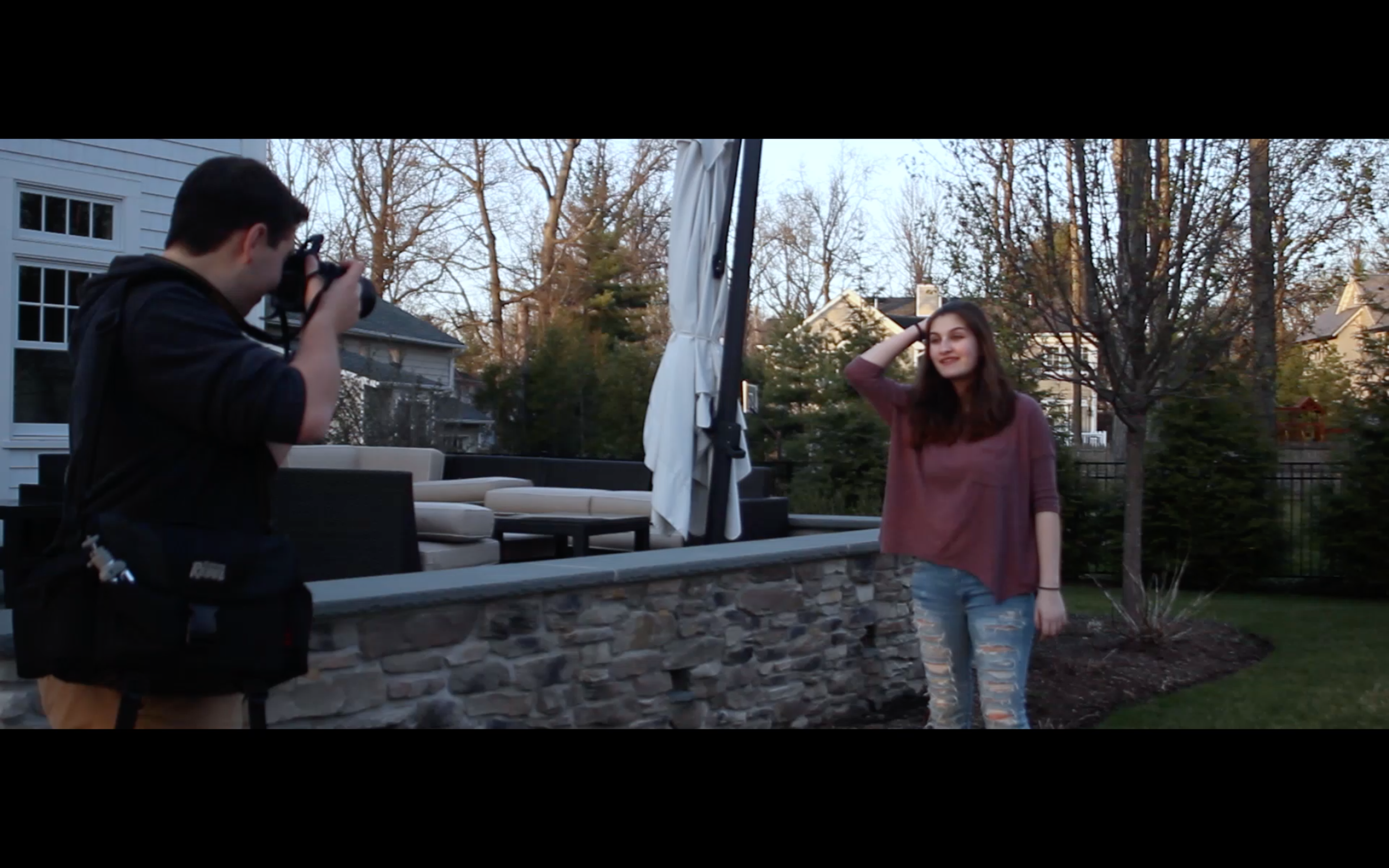 Sophomore Kyle Farscht displays his special effect super-powers on screen in his new film “Flash”. The film features a photographer (Matt Gutkin) working on a photo shoot with his subject (Jessica Yeager) when, suddenly, the two realize that the camera has a special ability to, presumably, transport the subject to another dimension, making them disappear. The ingenious plot is executed perfectly by Farscht through precise editing and dramatic, electronic based music. The show don’t tell narrative features no dialogue and only uses its visuals for a spectacular end product.

Farscht, with his second film of the night, gives an in-depth look into Soulfege, Millburn High School’s celebrated award-winning A Cappella group, ran entirely by the students. The film follows their journey to the ICHSA (International Championship of High School A Cappella). In it, Farscht interviews Luke Wroblewski, Music Director, President of Soulfege, Jess Stier, Emma Hetherington, Treasurer, and Matthew Green, Secretary. The endearing documentary features the incredible voices of the group along with behind the scenes footage from practices and competitions. Like Soulfege itself, Farscht created a sensational film that will make MHS proud of their A Cappella group. 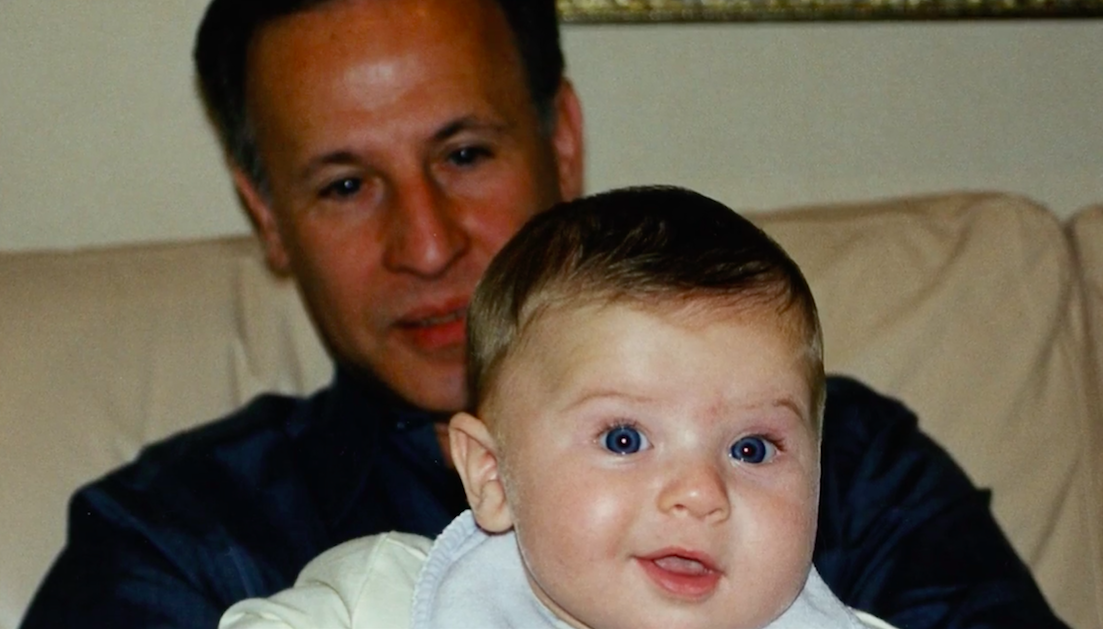 Aaron Surloff goes in depth with the story of Poppy, the beloved grandfather to the Marell family, of Millburn, in his newest documentary “Poppy”. Years ago, Poppy was diagnosed with small cell lung cancer. He would go on to win a five year fight with the disease. His survival inspired the start of an MHS club, in association with the Lung Cancer Association. Getting the perspectives of both of both Poppy and grandson, Max Marrell, makes for an emotional, yet rewarding viewing experience. The expert directing connects an audience with a family and shows the power of family and friends through tough times, while also showing the connections we can make along the way. 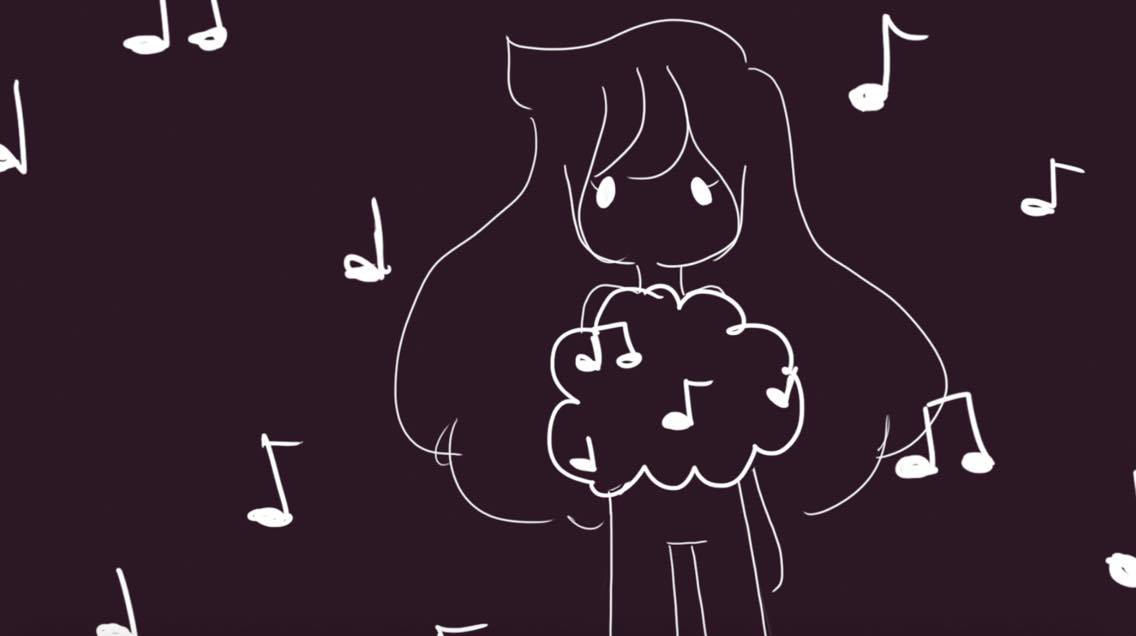 It is possible that Freshman Alex DeRosa has the most unique entry into this year’s MHS Film Fest. “Lyric” is a hand-drawn animated film about a girl’s struggle with depression. The film goes on to show the girl’s metaphorical fight with a monster, which represents depression. Towards the beginning of the film, it seems as if the girl is no match for the monster, but she is able to defeat depression with music. DeRosa created the entire shirt through digital artistry. This mature and poignant animated feature includes beautiful simplistic animation that is very fluid and pleasing to the eye. This the second DeRosa film to be shown at the film fest after “Paper” in 2015 and her future seems bright with her blend of professional animation and commanding stories. 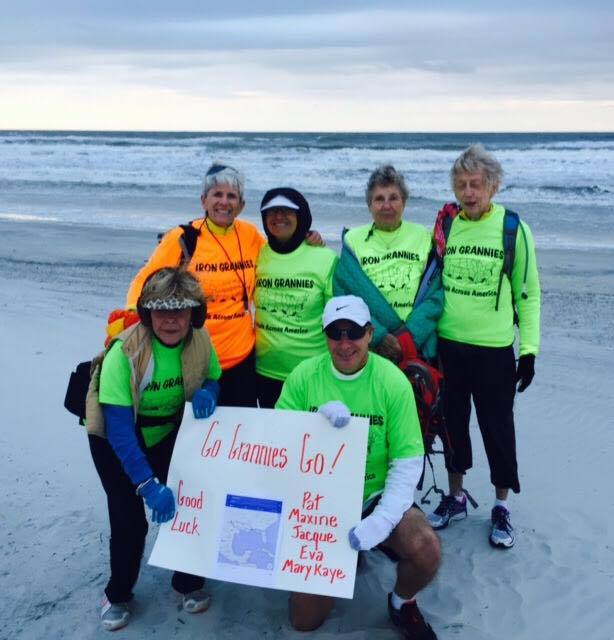 Solomon’s film follows the inspirational story of her grandmother, Maxine Solomon, and her walk across the country. Maxine and her driven group of friends call themselves the “Iron Grannies”. The documentary will open the film fest and for good reason as it is sure to be a crowd pleasing and heartwarming tale. The quirky story combined with voiceover and hand written visuals makes it a light and fun way to begin the night. 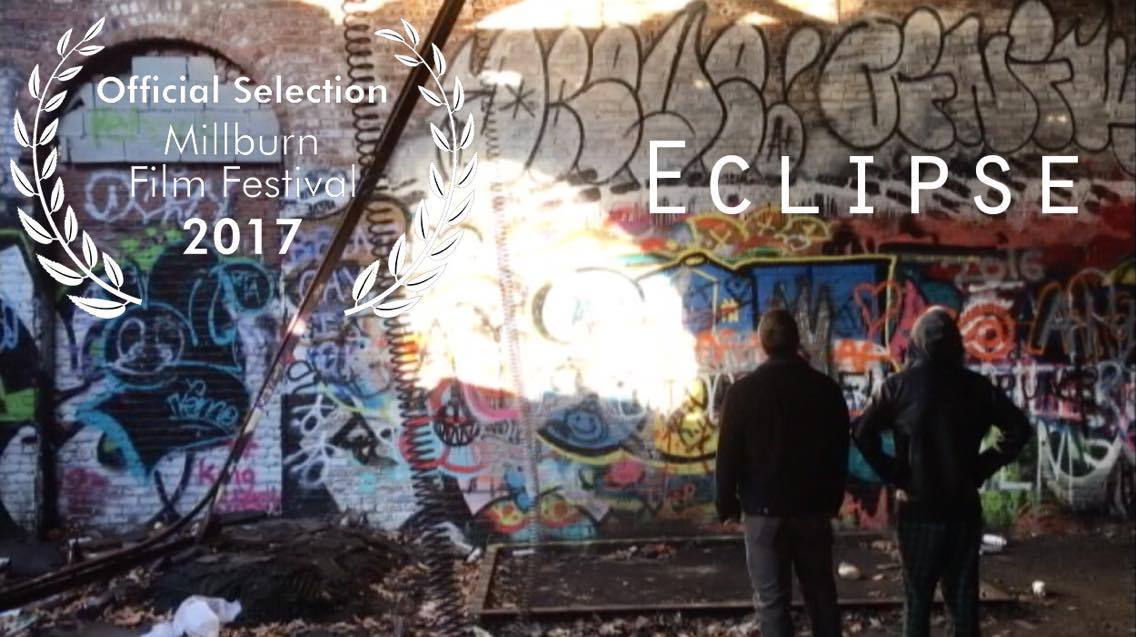 Berkowitz and Chun’s film in this very film fest, Eclipse, follows a lonely man (Joe Petrilli) who meets an unlikely friend (Jonny Berkowitz). Together the two discover a new meaning of life on a short, enlightening journey. Berkowitz also narrates the film with an original poem. The introspective film is sprinkled with dashes of humor and optimism while the poetic and lyric nature of this narrative makes it stand out in the film fest lineup. The music is heartfelt and inspiring and the overall uniqueness makes it one of the best on the fest.

Accepted into the SOMA Film fest as well, “Heba” gives an exclusive look into the life of a Syrian refugee living in Elizabeth, New Jersey. The film details her escape from Syria, and her new life in the USA. This timely story makes it all too relevant in 2017, with a fascinating subject that is crafted with care. This is Riseman’s for film here at MFF and it is a grand entrance. It will hit a chord with the audience and also make you think. It’s an intelligent documentary with expertise directing.

You can buy tickets for the film fest at http://millburnfilmfest.com/ with an encore screening at the Millburn Bow Tie Cinemas on Wednesday, April 26th. at 11 AM. Come support the filmmakers here at Millburn and the Ed Foundation with this wonderful night!