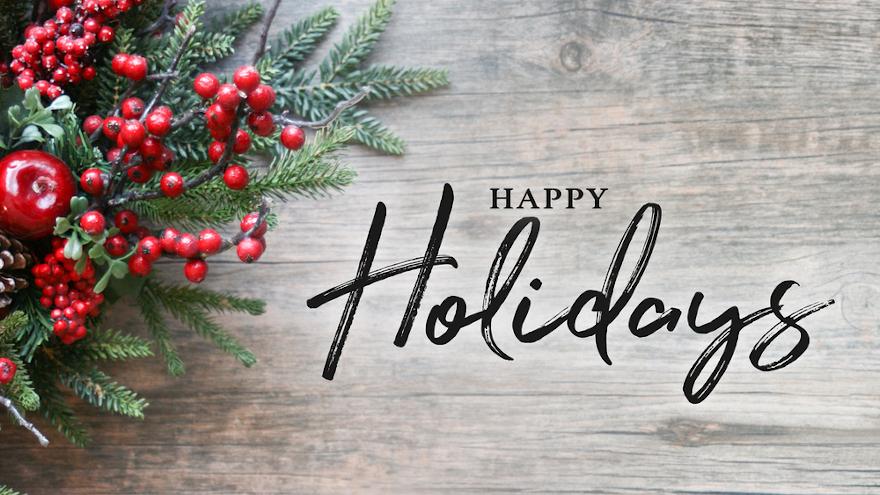 As we enter the holiday season for 2020, I decided to create another movie list! These films are perfect to watch with family and friends over winter break, especially since we’re all home. I made sure to include lots of different genres, so there’s a movie for you, no matter what your interests are!

1) Home Alone (1990): It’s only right to start this list off with one of the most popular holiday movies! The McCallister family is getting ready to spend their Christmas in Paris. On the night before they leave, Kevin, the family’s youngest son, accidentally ruins the family dinner. As a punishment, Kevin has to sleep in the attic. The next morning, Kevin wakes up to find an empty house. It turns out that in the midst of the chaos of the family rushing to the airport, they forgot to make sure Kevin was with them! After the joy of freedom from his family wore off, he becomes concerned with Harry and Marv, a pair of burglars who attempt to rob their house on Christmas Eve. Luckily, Kevin has some tricks up his sleeve in an attempt to protect their home. If you haven’t already, I’d strongly recommend watching this movie with your family!

2) A Charlie Brown Christmas (1965): A Charlie Brown Christmas is another classic Christmas movie! This short film focuses on Charlie Brown’s depression and how he tries to work on changing his mindset. He decides to pick a tree with Linus to decorate with his friends. When Charlie’s friends see the tree, they make fun of his choice and walk away laughing. Charlie questions what Christmas is really about and realizes how much of an influence commercialism has over the holiday season. Charlie’s friends realize that they were too mean to Charlie and help him decorate his Christmas tree. The short is a beautiful reminder that the holiday season is about being grateful for your friends and family, as well as how important it is to treat others with kindness.

3) Die Hard (1988): This film isn’t as lighthearted as the rest of the films in this list, but it’s still a great watch nonetheless! (Are you a Brooklyn Nine-Nine fan? If you are, then you’ll know why it is essential to include this movie in the list!) In 1998 on Christmas Eve, NYPD Detective John McClane arrives in Los Angeles with the intention of reconciling with his estranged wife Holly. However, when traveling to attend a Christmas party at Holly’s workplace, the building is taken over by an armed German team led by Hans Gruber. I don’t want to spoil too much, so you’ll have to watch the movie to find out what happens! If you’re not looking for a classic Christmas movie, then I’d highly recommend watching this Thriller!

4) Rise of the Guardians (2012): This is one of my absolute favorite holiday movies. We meet Jack Frost, a boy who wakes up in a frozen pond and can’t remember where he came from. We follow Jack Frost’s quest to find out more about his past, and the friends he makes along the way. Jack befriends Nicholas St. North (Santa), Toothiana (the tooth fairy), the Easter bunny, and Sandy the Sandman. Together, they work together to stop Pitch Black, the Nightmare King, from taking over childrens’ happiness around the world. The film features an all-star cast of voice actors including Chris Pine, Jude Law, Alec Baldwin, Hugh Jackman, and Isla Fisher, so I’d definitely recommend adding the movie to your watchlist this season!

5) The Grinch (2018) / How the Grinch Stole Christmas (2000): Because some viewers prefer the classic, while others  prefer the newer version of this movie, I decided to include both! The storyline is practically the same in both movies, but i’m planning to watch the two anyway. We are introduced to the Whos, human-like people that live in a town called Whoville. The Whos are all excited for Christmas, except for  The Grinch. The Grinch despises Christmas, and is disliked by the entire town. This mindset changes when he meets Cindy Lou, a 6 year old who believes that people miss the point of Christmas. She sees Christmas as an opportunity to be grateful for personal relationships rather than an excuse to exchange presents. These movies are a great watch and have a similar sentiment to A Charlie Brown Christmas: they both serve as a reminder to be grateful for our family and friends!

6) The Polar Express (2004): Here we have another trademark holiday film! On Christmas Eve, a young boy questions whether Santa truly exists. When struggling to fall asleep at night, he encounters a train outside his bedroom. When examining it, the conductor invites him onto the train. The train picks up more children and eventually reaches its final destination: the North Pole. This is another perfect choice to watch with family and friends. I don’t want to spoil anything else, but I’ll just say this: The Polar Express presents a warm sentiment about the importance of believing as a child, so I hope you watch it!

7) Good Luck Charlie: It’s Christmas! (2011): As someone who grew up watching Good Luck Charlie religiously, this is another of my all time favorite holiday movies, and I really do watch it every year over winter break. The Duncans are set to visit Amy’s parents in Palm Springs, California, but become separated because Teddy suddenly decides to give up her plane seat in exchange for a free plane ticket. Amy doesn’t want Teddy to travel alone, so she also gives up her seat. The pair make their way from Denver to Palm Springs, and the separation causes conflicts to stir up on both sides of the family. Will a Christmas miracle glue this family back together? This movie is yet another entertaining option for your watchlist!

8) Elf (2003): Although I haven’t personally seen this film in its entirety, I’ve seen numerous positive reviews online! With Will Ferrell as the main character, the film is bound to be hilarious. We’re introduced to Buddy, an orphan who has grown up in the North Pole and honestly believes that he is an elf. Buddy soon finds out he isn’t an elf and is determined to find his biological parents. Buddy finds his father and travels to NYC to find him. When Buddy finally meets his dad, Buddy he struggles to fit in with the family to fit in and be a ‘normal adult’. This results in him clashing with his dad, causing lots of twists and turns in their relationship that settle on Christmas Eve.

9) A Christmas Prince (2017): Note: this movie is only available on Netflix. Right before Christmas, American journalist Amber Moore is sent to Aldovia to cover a press conference with Prince Richard, who is known to be a bit of a playboy. She hopes this story will be her big break, but Richard doesn’t show up, so she decides to snoop around the castle. Amber then pretends to be an American tutor for the princess, Richard’s younger sister, in an effort to keep following the mystery around the Prince. Richard and Amber finally meet, and Amber learns the truth about his character: he isn’t as irresponsible as the media portrays him to be. Amber starts to fall for him, and then becomes hesitant to reveal her true identity to Richard, afraid to hurt him. You’ll have to watch the rest to find out what happens next, but I can assure you that this is the great choice if you’re looking for a lighthearted rom-com!

10) A Cinderella Story: Christmas Wish (2019): If you secretly love the “A Cinderella Story” movie series like me, then this is the perfect option for you! The movie follows Kat Decker, played by Laura Marano, and Nick Wintergarden, played by Gregg Sulkin, as their relationship develops. Kat wants to become a singer-songwriter, but is financially trapped by her stepmother and stepsisters. Her stepmother has her own plans to take advantage of someone wealthy and get more money. When Nick invites Kat to his family’s charity ball, Kat’s stepfamily sees this is a perfect opportunity to achieve their materialistic goals. I won’t spoil much else, but this is another light-hearted rom-com option to watch with friends or family!

11) Daddy’s Home 2 (2017): If you haven’t seen the first movie in this series, Daddy’s Home, I’d recommend watching that first before starting this movie. In this sequel, Brad and Dusty have finally become friends and have created a co-parenting system for Dusty’s two children. When Megan, Dusty’s daughter/Brad’s step-daughter, states that she doesn’t like having two separate Christmases, she suggests that the families experience Christmas together. Both Dusty and Brad’s fathers unexpectedly show up for Christmas, and Dusty and Brad’s co-parenting relationship is put to the test. Mark Wahlberg and Will Ferrell are the main characters, so you can safely assume that Daddy’s Home 2 is going to be packed with hilarious one-liners that will have you laughing throughout!

12) The Nightmare Before Christmas (1993): Although I haven’t watched this movie, I’ve heard tons about it, so it is definitely on my watchlist this year! We are introduced to Halloween Town, a fantasy world, home to numerous Halloween monsters, and Jack Skellington, the “Pumpkin King”. Tired of organizing the same Halloween celebrations year after year, Jack looks to change up his routine. He stumbles upon Christmas Town and is instantly interested in the new holiday. He makes the decision that Halloween Town will be responsible for Christmas this year, but this ultimately fails when the citizens of Halloween Town create halloween-themed presents that scare children. Although this movie may appear to be for children, you’ll find that it’s appropriate for all ages! It’s not as lighthearted as some of the other movies in this list, but it’s still a fascinating watch! 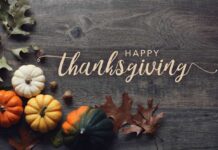