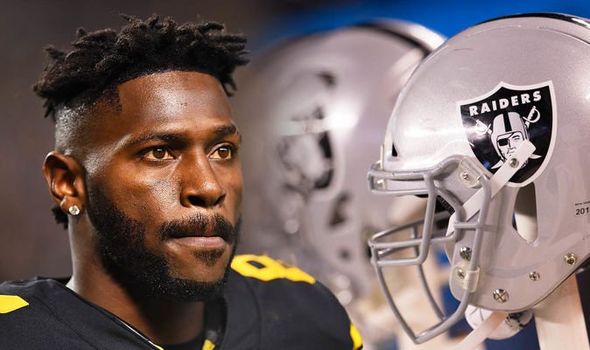 Nearly a month after Antonio Brown formally requested a trade from the Pittsburgh Steelers, his demands have finally become a reality.

Earlier today, the All-Pro wide receiver was dealt to the Oakland Raiders in exchange for a 3rd and a 5th-round pick. In the process, Raiders management and Brown agreed to restructure his contract, increasing his total salary from $38.925 million to $50.125 over the next three seasons, going up to $54.125 overall with incentives.

Just days earlier, a trade fell through between the Steelers and the Buffalo Bills, who agreed in principle to acquire Antonio Brown. After a multitude of sources released that there was a deal in place, Bills’ GM Brandon Beane publicly stated that “We inquired about Antonio Brown on Tuesday, and kept talks open with the Steelers. We had positive discussions, but ultimately it didn’t make sense for either side. As great a player as Antonio Brown is, we have moved on and our focus is on free agency.” Brown also commented on Instagram that the trade was “fake news” and was clearly upset with the rumors that were being spread.

Since Brown entered the NFL in 2010, he leads the league in receptions, receiving yards, and touchdown receptions. The former Steeler put up another stellar performance this past campaign, leading the league with 15 touchdown catches. Although his age (31) should be a bit of a concern for the Raiders, he should continue to be productive with a fresh start in Oakland even as he enters the latter stages of his NFL career.