Home Sports Baseball’s Best Gets What He Deserves 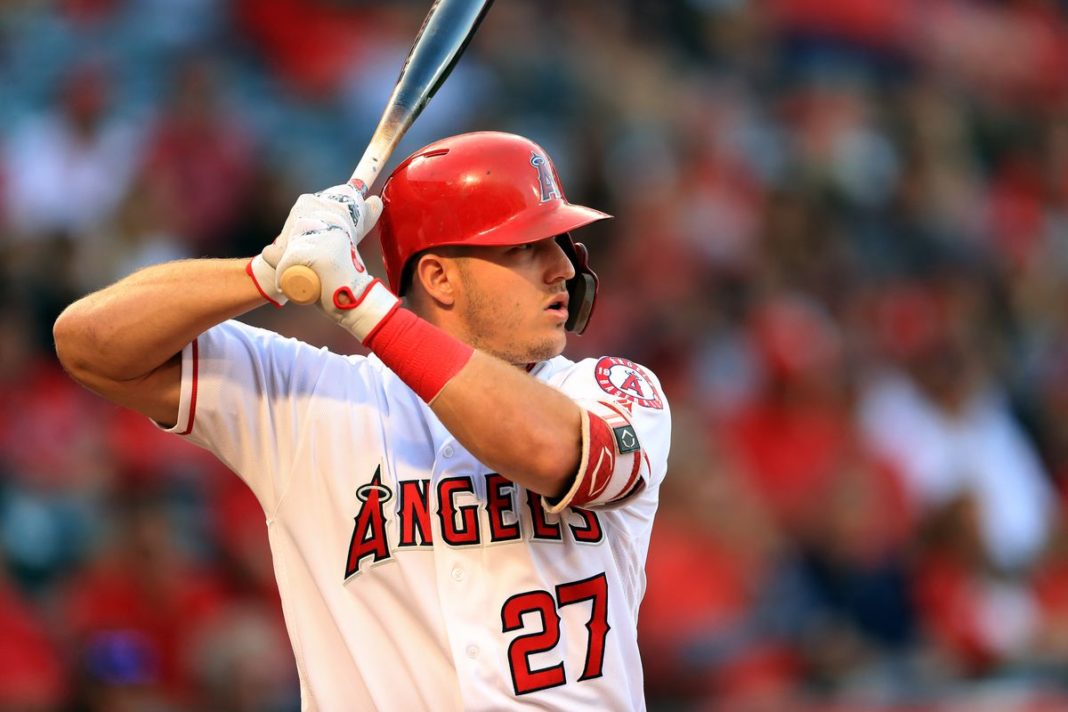 In this year’s MLB off-season, team executives have been breaking out their pens and taking the value of player contracts to unprecedented levels. One record breaker followed another and another, and then finally the biggest contract in the history of sports. Mike Trout is the best baseball player in the MLB, some say ever, and he is the only person who could possibly play-up to the amount of money he is guaranteed. Trout signed a groundbreaking 12 year, $430 million contract with an annual salary of over $35 million, and a signing bonus of a “moderate” $20 million tacked on for good measure. The two time AL MVP took the idea of a “big contract” and brought it to the next level.

This money-filled off season kicked off with Nolan Arenado signing the biggest annual-salary contract in history, receiving over $32 million for 8 years. This contract was quickly left in the dust after the news broke of Manny Machado’s 10 year $300 million deal with the Padres and Bryce Harper’s 13 year $330 million contract with the Philadelphia Phillies. However, this is pocket money compared to what the Los Angeles outfielder is set to make, 100 million more for a year less on his contract than Bryce Harper.

Many people have asked the question: Does Trout deserve this obscene amount of money? And there is one simple answer every time… absolutely he does. Trout is undoubtedly the games best, at the early age of 26. This seven time All-Star, six time Silver Slugger and the 2 time AL MVP has been dominant in the first few years of his career and the baseball world can not wait to see what he does next. The decision to sign Trout for a 12 year time period was genius by the Angels front office. In the midst of his prime and showing no signs of slowing down, Los Angeles was eager to keep him. With the no trade or opt out clause, the Angels have locked Trout in for the next 12 years of his career.

In 2014, Trout signed a six year, $144 million extension through 2020, so ultimately, his new deal is worth $366 million over a 10 year span that will begin in 2021 as Trout is still under his original contract until that time. After wildly exceeding expectations under his original deal, it was a no brainer to extend Trout to a longer, much larger deal

Barring any injuries, Trout will be a threat on the field until the day he decides to hang up his cleats.  As he continues to thrive on the offensive and defensive sides of the game, Trout will be on the fast track to Cooperstown, and he will be doing it as a Los Angeles Angel, with more cash in his pocket than anyone has ever gotten in the history of sports.