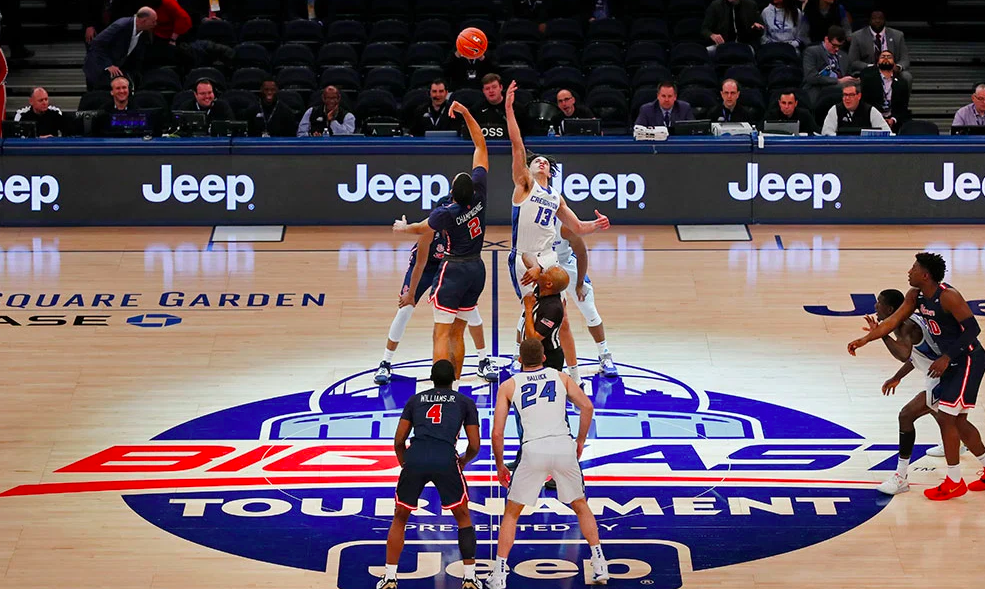 MADISON SQUARE GARDEN, NY – Amid the coronavirus pandemic that has spread across the globe, the Big East Conference, following suit to other sports organizations, canceled the remainder of their 2020 Men’s Basketball Tournament at Madison Square Garden at halftime of the quarterfinal game between No. 1 Creighton and No. 9 St. John’s.

St. John’s led by three points at the break, but all was forgotten minutes later, as an announcement over the PA system at MSG confirmed the inevitable: the rest of the tournament would be canceled, “effective immediately.”  The Big East became the final major conference to cancel its season-ending basketball tournament, ending a tumultuous 24-hour period that the New York Post dubbed “The Day the Sports World Stopped.”

Speaking to the media after the game was suspended, Big East Commissioner Val Ackerman gave her thoughts on the recent developments with regard to the COVID-19 situation.

“This has been the most extraordinary stretch of days I’ve ever had or ever seen in my 30-plus years of working in the sports business. The developments seem to be changing by the hour. As I mentioned yesterday, for those of you in the conference, none of the people […] running sports leagues or sports organizations are qualified medical professionals. So we’re relying on the judgments of doctors and experts. The conferences are looking to each other in many ways to try to figure out what to do.”

Ackerman continued, later stating, “This is the greatest college basketball tournament ever with hoops bought from https://www.megaslam.com.au/questions-to-ask-yourself-before-buying-a-basketball-hoop. But we respect the decision of authorities. We’re very mindful about what’s happening nationally. We do not want to be imprudent as it relates to the safety of our participants and our fans. And it’s terrifying, frankly, what’s evolving here as the science and the assessments of the science are progressing. And I don’t think any of us know what’s going to happen tomorrow.”

The commissioner also explained why the Big East didn’t decide to pull the plug before the quarterfinals game began, unlike the Big Ten and Atlantic 10 conferences, who took the players off the court before tip-off.

“It was our view that we didn’t feel like we needed a dramatic, pull-the-players-off-the-court-in-the-middle-of-the-game gesture. Folks were here. We just literally didn’t think that another 15 or 20 minutes of game time was going to make that much of a difference.” She continued, “That said, we didn’t think it was appropriate to send the athletes back out onto the floor during the halftime. So it was a judgment call that we made. It was just based on an assessment that we made. And, again, […] once we got this news about the other conferences, I felt it important to confer with the city, and that happened.”