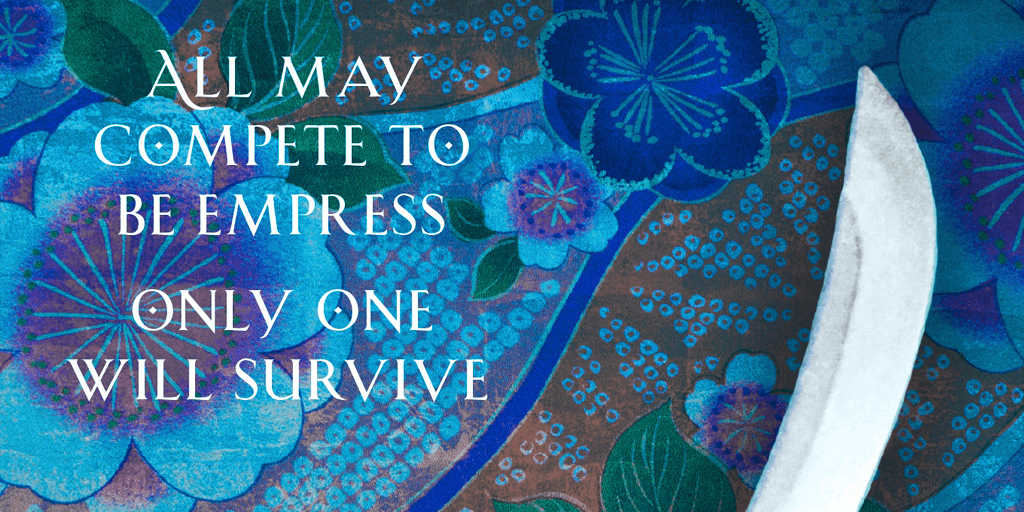 Today I am going to be reviewing Empress of All Seasons by Emiko Jean. I was so excited to pick up this book. Royalty? Competition to the death? Strong feminist message? Yes, yes, and YES. I think the reason I was able to propel through this book so quickly, despite the business going on in my personal life was due to the hype I created around the premise. Before even reading, I had decided this was going to be one of my new favorite books, because how could it not be? It combines everything I love and look for in a YA novel. In hindsight, I really should not have pinned so much hope onto this book. There was nearly no way it could have lived up to my crazy expectations, and it didn’t. That’s not say this was a bad book. By any standards it was a strong effort with some pivotal problems that shifted the initial momentum. I enjoyed reading this, but it was by no means the masterpiece I anticipated. That’s fine, sometimes it’s necessary to read books that are just okay. I was just more disappointed than I normally would have been due to the perception I created.

The writing style is captivating. It’s poetic without being overly-flowery. Despite the simplicity, there was a sense of careful word choice and it was the kind of book where I was so deeply immersed that I didn’t realize until I had to put it down.

The plot of this book is so epic, I think it deserves it’s own section. I will honestly read any book relating to royalty. I love the drama that comes with heirs and courts, not to mention the lavish essence to all the politics. Combining the trauma of court life and monarchy with a fierce Hunger-Games style competition to win the crown is an amazing premise. I love the direction the author took with having a matriarchal society that still upholds sexist views, a competition that showcases brutality, and a rebellion against a deeply racist society. In execution there were some problems, mainly with the underdeveloped resistance. As I will discuss in the romance section, somewhere towards the end of the Spring Room, I felt like a large piece of the plot was missing. Things were coming together that I didn’t even know were developing and I was left feeling lost in a story that I was previously engaged in.

Rather than breaking down the characters separately, I thought it would be better to talk about the perspectives. I thought Jean deftly handled creating a unique voice for each of the characters. I did have problems with how those perspectives were handled. There were such drastic differences between the amount of action in each of the chapters that it made certain perspectives more boring than others. The best example of this is during the seasons competition. Of course, I want to stay with Mari the whole time. Although, I do expect that once I actually get into the new perspective that I’ll be ready to go along with the new character. That was definitely not the case. Taro’s and Akira’s perspectives seemed so bland in comparison.

Character development was seriously lacking. It goes back to the issue of the book changing so drastically towards the end. Characters had certain epiphanies and experienced the trauma that would normally contribute to development, yet the connection was not made. Everything was in place for great change and Jean skipped that step of connecting why the change was made.

I truly missed something with the romance, Maybe it’s because I haven’t read a book in a while that has insta-love, but I was left feeling confused by the characters’ rapid advancements to the point where I turned back to see if I skipped a section. I understand suspension of disbelief when telling a full story in a limited amount of words, however I can only let that go so far. How can someone as trapped as Taro drop his perfect escape plan for a brief conversation with a witty girl? Up until then, his character was made out to be someone who is willing to live with regrets in favor of the longterm. All of that buildup is abandoned the moment he sees Mari, which is just unrealistic. Plus, I’m all for Mari believing that she is all she needs to feel complete, and I think it’s the right message to promote, yet Mari also is willing to protect Taro at all costs, despite the way he treated her. The conflicting messages doused any chemistry these characters had. There was so much promise until around the Spring Room when suddenly they were in love after literally nothing. I can get behind Taro’s forced poetic lines of infatuation, I cannot get behind believing these people have a strong, viable relationship. Having the suddens shift in the relationship at the expense of the established personalities took away all my investment in what could have been. Similar to Taro’s poetic lines, I also had a problem with the way Akira thought about Mari. It was unnatural, and while it sounded pretty, it was more creepy than romantic.

I adored the ending. The whole time I was reading, I was under the impression that this book was book one of a series, so I was surprised to read that final chapter from the deity’s perspective It was poetic, fitting, and left me with a deeper sense of closure than I’ve had from most most of my recent reads. It was unbiased and still left some intrigue, which perfectly combined the two perspectives given of the story, outside vs. inside. This is one of the few books I would actually say could have been split into two or three books, rather than being a standalone. Some of the events near the end of the book were rushed and missed the slow burn the beginning established.

I had a lot of problems with the way this book progressed. The first third or so was practically flawless in comparison. That being said, I had a great time reading this book, so I would give it 3 stars. The author is talented, as proven by the way she wrote in the beginning and she clearly knows how to come up with amazing ideas.