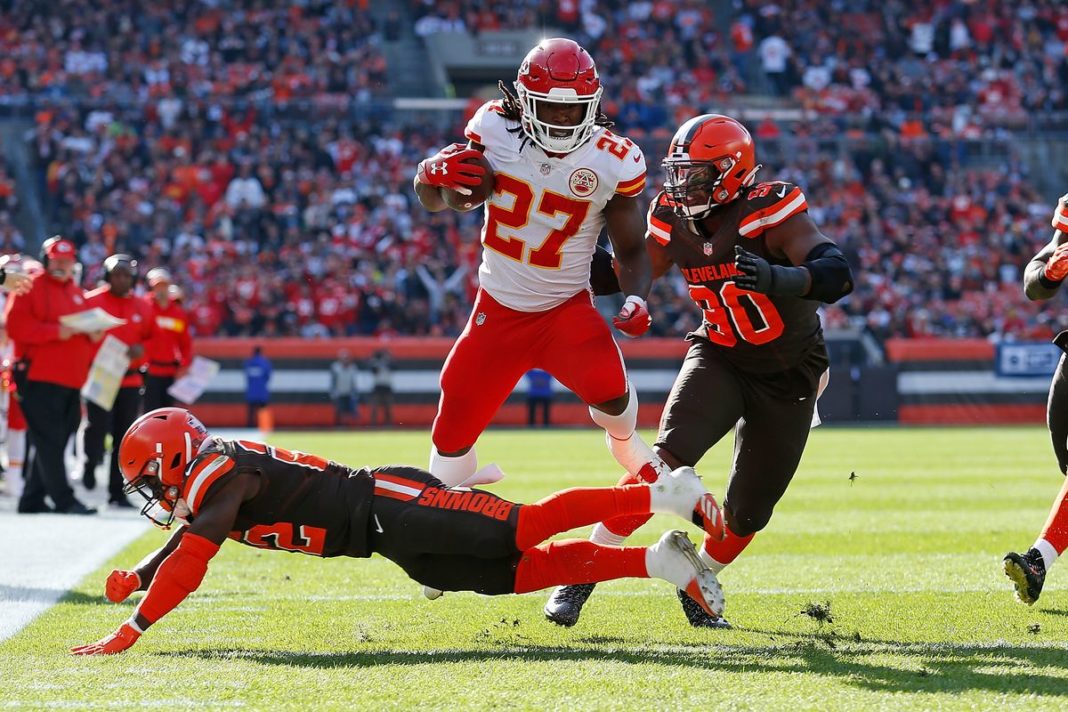 It was only November that TMZ uncovered disturbing footage of the incident in which Hunt was caught kicking and pushing a woman on video. Soon after, he was released by the Kansas City Chiefs and remained a free agent for the rest of the season. This week, the Cleveland Browns signed the troubled running back to a 1-year/$1 million contract, understanding that even though legal concerns surround the talented athlete, his ability to transform an offense is undeniable and cannot be ignored.

After being selected in the third round of the 2017 NFL Draft by the Kansas City Chiefs, Hunt led the NFL in rushing, make a Pro Bowl appearance in his rookie season. This year, in 11 games, the 23-year-old ran for 824 yards and 7 TDs, while adding 7 more as a receiver. Hunt is currently on the Commissioner’s Exempt List, which prevents him from practicing or being with the team. He is expected to face some sort of punishment from NFL Commissioner Roger Goodell, whether it be a suspension or a hefty fine.

Regarding the Browns’ signing of Hunt, if the controversial phenom plays 10 games this season, he would be an exclusive rights free agent, which will tie him to the Browns in 2020. If he doesn’t, which is likely with a suspension ensuing, he becomes a restricted free agent, which will allow Cleveland to match any offer sheet he receives in free agency. Essentially, by signing him now, the Browns will own Hunt’s rights for this season and the next.

At the running back position, Cleveland adds another weapon to go along with Nick Chubb and Duke Johnson Jr., with the latter being more of a receiver. In his rookie campaign, Chubb averaged 5.2 yards per carry and nearly reached 1,000 yards on the ground, after taking over the starting job from former-Brown Carlos Hyde. As to the signing, Cleveland GM John Dorsey stated, “That means you’ll have good competitive depth in training camp.” With a crowded running back room and only a certain number of touches to go around, the Hunt signing will indefinitely create more competition in the Browns backfield this season and should make it exponentially tougher on opponents to stop this promising offense.