Home Sports From Nobody to Somebody, Ja Morant Continues to turn heads in his... 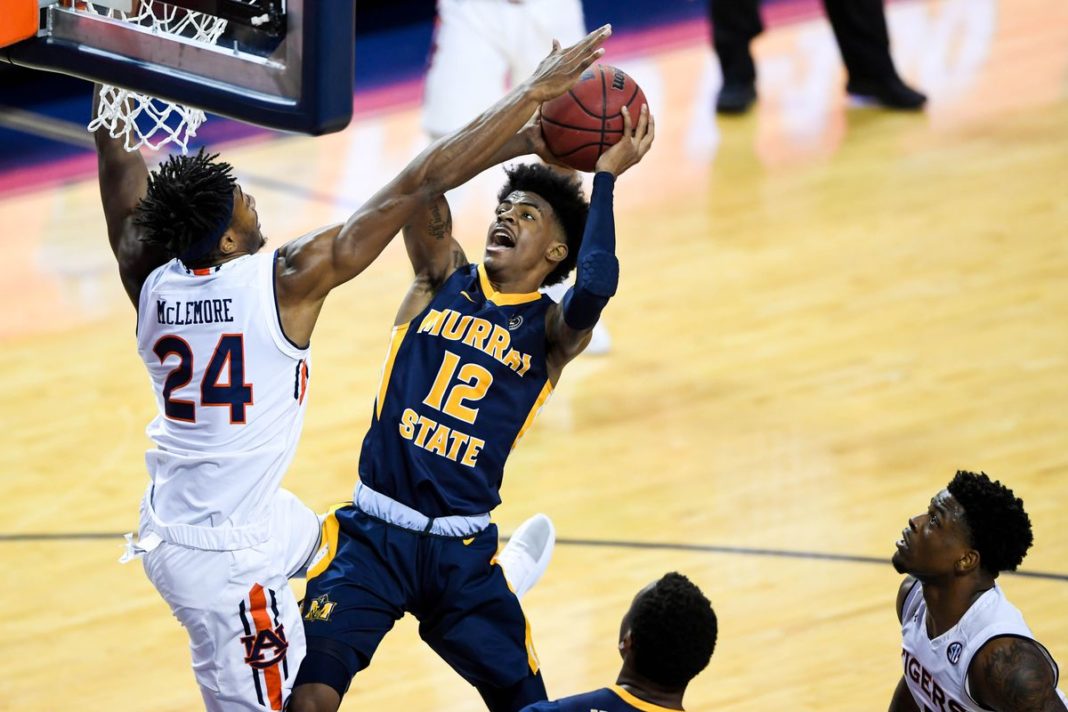 Less than three days away from Selection Sunday, a few teams have already punched their ticket to the Big Dance by winning their conference tournament, including first timer Murray State. The Racers defeated the top seeded Belmont Bruins 77-65 in the final of the Ohio Valley Tournament, behind a mere 36 point, 7 rebound performance by star sophomore guard, Ja Morant. It is safe to say that Morant single-handedly carried the Racers on his back into the NCAA tournament. Only five players in the last 25 years of NCAA basketball have averaged over 20 points and 8 assists over a season span, but only Ja Morant has averaged over 20 points, while also dishing out 10 assists per game. So once again, it is safe to say that the reason the Racers find themselves on college basketball’s biggest stage, has everything to do with the fascinating play of Ja Morant.

Ironically, before Morant’s ground breaking season that has him sitting as a top-three pick in all NBA Mock Drafts, the South Carolina native was completely ignored by major college scouts, resulting in only three mid-major offers out of college. In his AAU days, Morant partnered up with Duke freshman phenom, Zion Williamson. Williamson, now the ACC player and Rookie of the Year, was labeled as the “most highly watched player out of high school since Lebron James,” while Morant was struggling to even get recognized by a top tier Division 1 school. However in the long run, the school where Morant landed ultimately benefited him. Murray State allowed Morant to showcase everything in his skill set, night in and night out. He had a chance to thrive under the individual spotlight, with all eyes looking at him, and this season, he definitely did not disappoint. On paper, Ja Morant should not even be considered as a lottery pick in this years draft. Weighing in at 175 pounds and playing in the Ohio Valley Conference, he is the opposite of what scouts are looking for to lead a franchise. However, his swagger and versatility on the court is why he is considered to be the most exciting player in college basketball, and gets scouts falling head-over-heels for him. His gifted athleticism, passion and intelligence for the game have taken him from being just a kid out of South Carolina, to the only player who does not play in one of the Power 5 conferences and be nominated for the Naismith college player of the year award. Morant dominated at the college level, and he is ready to continue proving doubters wrong, and soon prosper at the NBA level.

Ja Morant is like no one ever seen before in college basketball. Soaring dunks complemented by savvy assists, he is the prototype basketball player and NBA scouts are already drooling over him. Morant went from a complete nobody with no major scholarship offers, to one of the most talented prodigies the college game has ever seen. Morant has had an unforgettable season so far, and the entire basketball world cannot wait to see what he brings to the table when he goes dancing later this March.