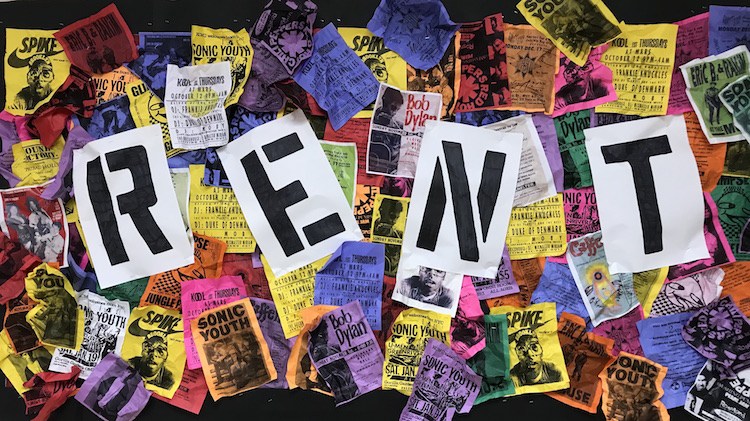 I have to admit that I was skeptical going in to see the show. Not because of anything relating to the cast performing the play, but because of how the musical was being advertised as “school edition.” There is nothing about Rent that is school friendly. The topics are mature and there is very strong language. That is actually not a problem for me. As a high school, it is appropriate to perform a play with such subject matters. Having been familiar with the storyline and music of Rent before going in to see it Friday night, I was worried that making the play appropriate for school would ruin its complexity. After seeing the show, I have to say that was not a problem. The musical still had that shocking impact and it was very well performed. As a whole, I was blown away with the talent of the cast. For this review, I am going to take a look at individual songs and specific cast members that stood out as well as general topics that are important to discuss.

The music performed sounded very similar to the original album. The cast members did not sound lacking when put in comparison with the broadway stars that they are trying to live up to. No one wavered or was not able to hit a note. And going off of that, the play was very well cast. For the most part, the students were able to do justice to the characters that they were trying to play.

The show really opened with a bang. The song “Rent” was fantastic. There was so much energy and I could see the audience getting excited. The MHS version captured the excitement and frustration that was conveyed in the original number. This is one of the most important songs in the whole show, because it is what sets the tone. It shows the audience exactly what kind of show they are in for, and the cast did not mess it up. There was a chaos to the choreography, which I appreciated, since it further contributes to setting the tone of the play.

Danielle and Kyle, who played Mimi and Roger shined in “Light My Candle.” This was my favorite performance. The song itself is not as embellished as others in the show, but it conveys a lot of emotion and the cast members brought that acting. I was completely immersed in their feelings and believed what they were trying to say. Not to mention they were both fantastic singers.

“Today For You” was an obvious audience favorite. Jaeden, who played Angel brought electric energy and total openness to the character. Often in musicals, there is a clear line between the cast member and the character he or she is playing, which makes the audience hyper-aware of what they are watching. There was no such separation with Angel. The actor embraced the character and I could see that passion in the performance. Nothing was held back, and the excessively long applause at the end shows that the audience agreed with me. No one was expecting a performance with that much energy.

“Tango Maureen” is a song that relies heavily on acting. Simran and Jonathan, the students playing Joanne and Mark brought it. I admire how they carried the hefty vocals while trying to dance the tango.

“Out Tonight” came out of nowhere. This was one of the first numbers completely sung solo, and Danielle, the actress playing Mimi was fantastic. She owned that stage and made it clear she was confident in what she was doing. The choreography stood out for me. I loved how they used their simple set in such a creative way.

“Over the Moon” was incredible. I don’t know how Sydney, the actress playing Maureen had the courage to go up there and sing such a weirdly brilliant, but she really did it. She was very into the role and got the audience involved, too. She made one of the more strange numbers one of the most powerful, and definitely memorable.

“La Vie Boheme” brought a nice energy and got the whole audience excited. For a number as long as this, I was amazed with how the actors all continued to sing with the same energy they began with.

“Seasons of Love” is the landmark song. It is the one song everyone knows from Rent, and it was heartfelt and meaningful. The person next to me was actually crying during this, which goes to show how deeply the cast touched the audience with this song.

“Take Me or Leave Me” is my favorite song from the original album, and I am pleased with how it was performed. The two actresses did such a great job portraying their anger and love. Plus the vocals for this song are insane, and they held their own.

“Without You” was the most emotional number. All of the actors put their heart into the performance, and you could tell. They showed restraint and an almost softness, that perfectly fit the mood. I loved how the dim lighting slowly shifted to each character during their part. That was a great touch to highlight all of the relationships in the song.

The finale was great. After such an emotional ride, the actors all brought it together with a beautiful ending.

Overall, I am happy I went to go see Rent. It had incredible vocals and acting. I believe the musical has such an important message and I am proud our school chose to make this bold choice. 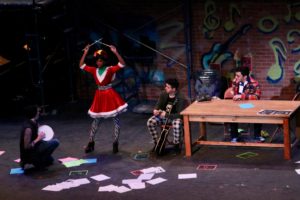 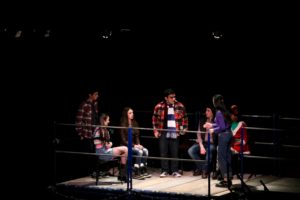 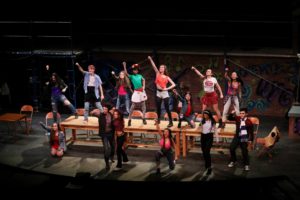 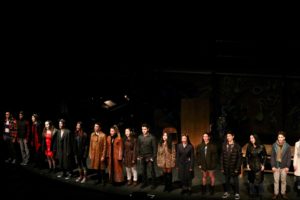