Intramural Final: The Battle of the Century 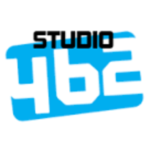 February 24th… 7:45 pm… The #1 seed BMS Goats face off against the #2 seed Nick Ryan’s Monstars in the finals of Intramural basketball. This match-up has been expected and hoped for since the first week of the Intramural season when Spencer Schneider and the BMS Goats barely beat out Ryan Adelman and the Monstars for their first win of the season. After that close match-up between the two powerhouse teams it became clear to everyone that these were te teams to watch. With both teams in the finals, they were able to live up to their expectations… so far.

Moving on, let’s talk about the #1 seed and the team with all the expectations to win. This team, led by junior Captain Spencer Schneider and Head Coaches Eric Seid and Rob Ordoñez, have won every single game this season, and most by a pretty significant margin. This team is quick, strong, and contains a few players that truly know how to play basketball. This is a rare sighting in Intramural. The stars of this team include Spencer Schneider, Perry Schwartz, Dean Schweinler, Michael Garowitz, Jeff Plump (when he shows up), Nick Minter, and Zach Weinstein. Alongside these stars include other role players such as Jake Ruderman and Nolan McCarthy as well as players who can only hope to step on the court. This team, being larger than most Intramural teams, has the ability to substitute more frequently and stay more alive and energized the entire game. Despite all of these great aspects the Goats have to offer, there are some worries… The last two games, both in the playoffs, the Goats struggled to beat teams they should have defeated easily just as they did during the regular season. It is impossible to say why the Goats were struggling. Was it the disappearance of their star player Jeff Plump( who is a hopeful return for the finals), was it possibly due to high expectations, or was it just a simple cold-streak that they will try to shake off? Whatever the case, the Goats must find a way to get back to the team they were during the regular season if they want to beat the underrated Monstars.

Now let’s discuss the unlikely underdogs, Nick Ryan’s Monstars. This team, led by senior Ryan Adelman and Coach Nick Ryan, may have all the weapons needed to upset the unbeaten Goats. The team also has great role players at their disposal like leader Luc Sigaud, star Daniel Stern, and the young Ben Bograd. This team has been able to move mountains this year and overcome almost any obstacle facing them and if not for one play in the first week of Intramural, this team may have been the #1 seed. They have great stars and role players who can work together to win both close games and blow-outs. Unfortunately for the Monstars however, they may have to overcome one of their biggest obstacles yet. After speaking to Goats captain, Schneider, the news has come out that one of Schneider’s biggest worries has disappeared. That is, Nick Ryan’s Monstars have lost star player Ben “Bogey” Bograd . According to Schneider, Bograd broke his nose and will not be able to participate in this year’s Intramural finals, a big blow to Nick Ryan’s Monstars. This is one of the only strokes of good luck that has hit the Goats recently. Bograd would have been a force and it remains to be seen whether or not the Monstars can fill the gap of one of their best and youngest players. Now the question is can Adelman’s intensity and dedication fill this gap or will another player have to step up take the place of Bograd. If so, who will it be? Stern?, Sigaud?, someone else?… I guess we will all have to wait and see.

Although difficult, a prediction must be made and I am going to have to give my vote to the BMS Goats. The reason being that with Plump back, this team will return to its best whereas the Monstars may be at their worst without Bograd. Well, in closing, this battle between the top two Intramural teams should excite most Intramural fans, and a record attendance is expected at the game.

The official archives of Studio 462. Archived articles are articles written by former members of Studio 462 who have since graduated or left the Studio.