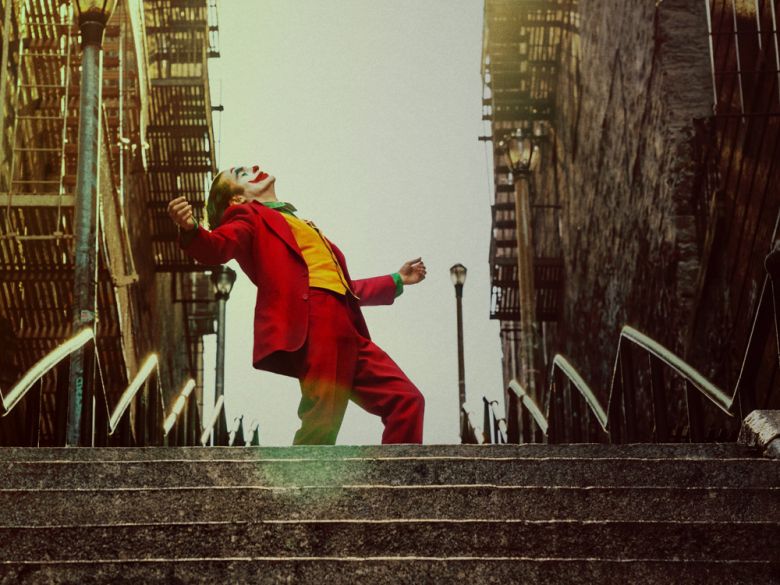 In a world of formulaic, action-packed superhero films, Joker, directed by Todd Phillips, is a breath of fresh air. It is not a typical comic book film, but a deep and disturbing character study. Joaquin Phoenix stars as Arthur Fleck, a man with severe mental illness who continues to get beaten down by the people and environment in Gotham City. It is an origin story for a character in comics with no clear origin. Joker had no source material from the comics, and is almost completely original. It is a grim, R-rated movie with the feel of an low-budget indie film.

Where the Film Shines

First off, the main discussion has to be about the masterful acting from Phoenix. He truly embodied the role. The cinematography (Lawrence Shaw) and score (Hildur Guðnadóttir) are beautiful. The beginning of the film drags slightly, but once the movie gets going, strap in. The film kept me in a state of horrified anticipation. It made me really nervous, I had no idea what to anticipate. There were scenes that made me gasp and cover my mouth in shock. The use of suspense and the character development is extremely well done. The film leaves you uncomfortable and on your toes.

Where the Film Stumbles

Joker is not without flaw. While the plot is well fleshed out, much of the dialogue is a bit too on the nose. The dialogue, would often tell the audience how Arthur was feeling, and the audience is certainly smart enough to decode that simply from the fantastic acting. Phoenix’s performance is so well done that the lackluster dialogue becomes less of a problem. I personally wish the film would have pushed a bit more into the unrealiable narrator aspects it has. I feel like there was a lot of missed creative opportunities in that regard. The addition of Zazie Beetz’s character also did not add much to the film. The storyline with her character was quite predictable, though Beetz does a great job with what she was given.

Overall, this film is really well done. Joker is not perfect, but it is clear that there was a real creative vision that went into it. It is surprising and admirable that a movie like this was made. I had an important story to tell, and it executed that goal phenomenally. Hopefully studios will follow DC’s example and start to create wide-release films like Joker. Films that burst with creativity and important stories to tell, especially in the comic-book film category.

If you are on the fence about watching this movie, I think it is worth noting that the film does include some graphic gun violence. It also tackles many serious, depressing topics. If you do not think you can stomach all of that, then this may not be the movie for you. However, if you think you can watch this movie, I’d reccomend doing so. It will certainly be talked about for a while.