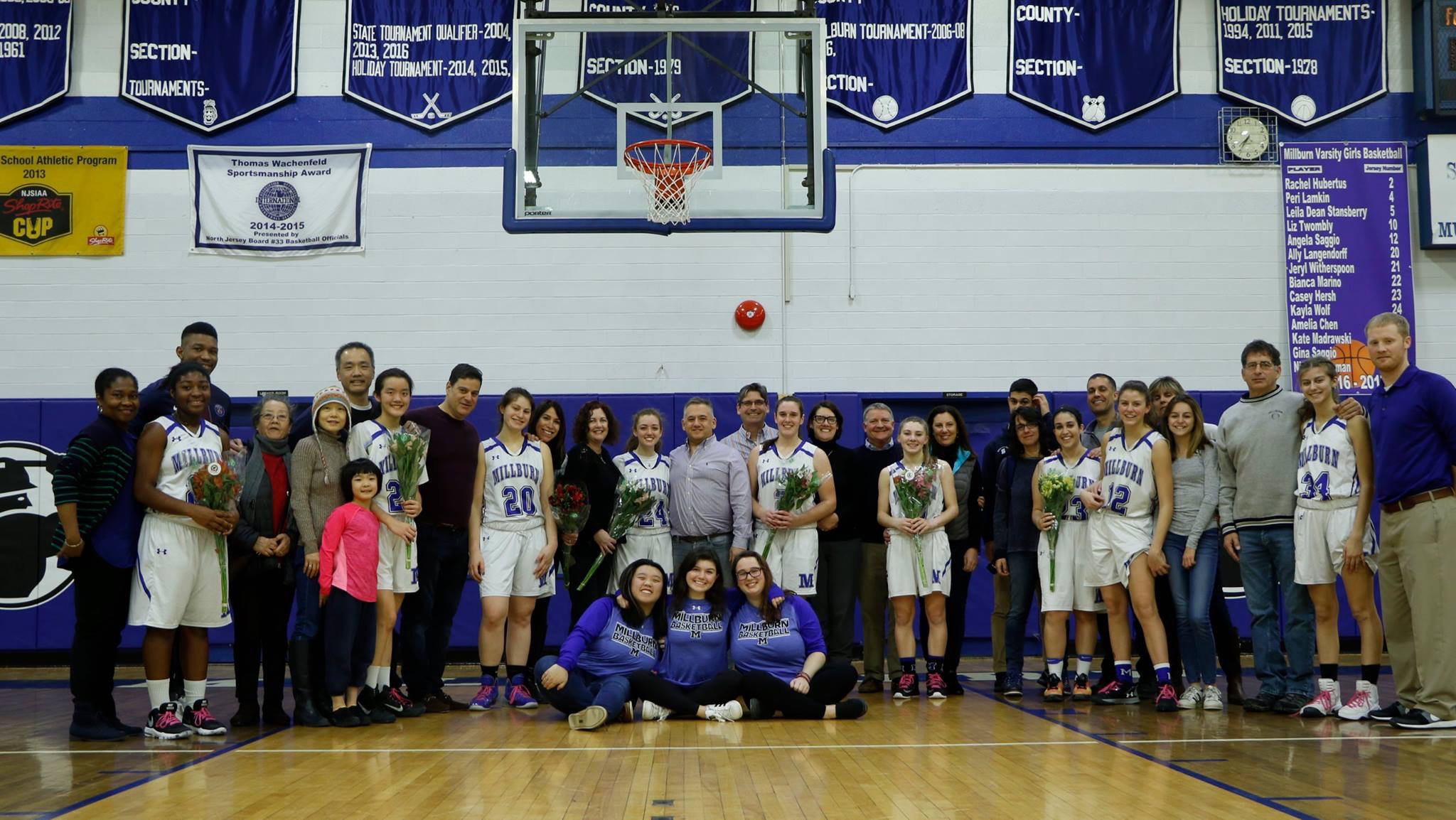 Archives Posted on February 14, 2017
MILLBURN, NJ – After a rout over Nutley in the Essex County Tournament and in the middle of a successful 2016-2017 campaign, the Millburn girls basketball team celebrated its Seniors and all that each of them contributes to the program on and off the court. Among these Seniors is star center Rachel Hubertus. Hubertus leads the team in points and rebounds with 11 and nine per game. In her 44 games at the varsity level, she has compiled 514 points and will add to that total as the season progresses. Hubertus will go on to study at Fordham University. Senior Ally Langendorf contributed to the relentless Lady Miller offense this year with five rebounds per game. She will move on to the University of Wisconsin-Madison next year. Langendorf’s Senior counterpart, Kayla Wolf, will go on to The College of New Jersey, and the Millers will miss her offensive contributions. Wolf averaged 10 points per game and has been a dominant force from long range throughout her varsity years. Millburn has been lifted by many first-year varsity players this year. Angie Saggio averaged three points and four rebounds in her 18 games at the varsity level. Jeryl Witherspoon, Liz Twombly, and Casey Hersh all provided sparks on the bench all season, and have made their way through the Millburn basketball program. Lastly, Amelia Chen has been a sniper from the perimeter coming off the bench. Chen will go on to study at New York University. The five first-year varsity players all started Millburn’s matchup against the Governor Livingston Lady Highlanders and did not disappoint. Twombly, Hersh, Witherspoon, Saggio, and Chen started on a 19-1 run. Chen led the effort with three three-pointers and 13 points. Typical starters Rachel Hubertus, Kayla Wolf, Ally Langendorf, and underclassmen all came off the bench. Despite her limited role, Hubertus racked up nine points. Millburn beat Governor Livingston 53-25. Millburn is ready for the most important portion of the season this week. Thursday, Millburn will go head-to-head with SEC Liberty rival Bloomfield. On Saturday, Millburn will attempt to survive and advance past University in the fourth round of the Essex County Tournament. The Newark team ended the Lady Millers’ ECT run last year, and Millburn are looking for redemption.
Tagged:girls basketballLady MillersmillburnMillburn Girls BasketballMillburn High SchoolSenior NightVarsity 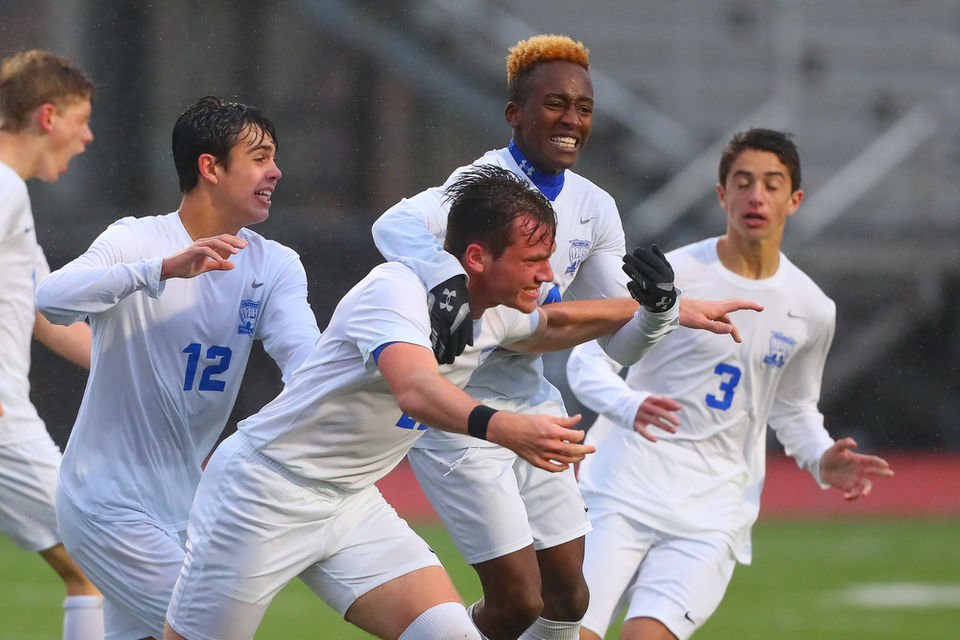 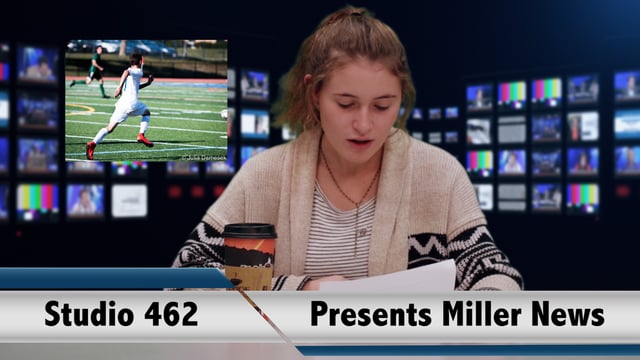 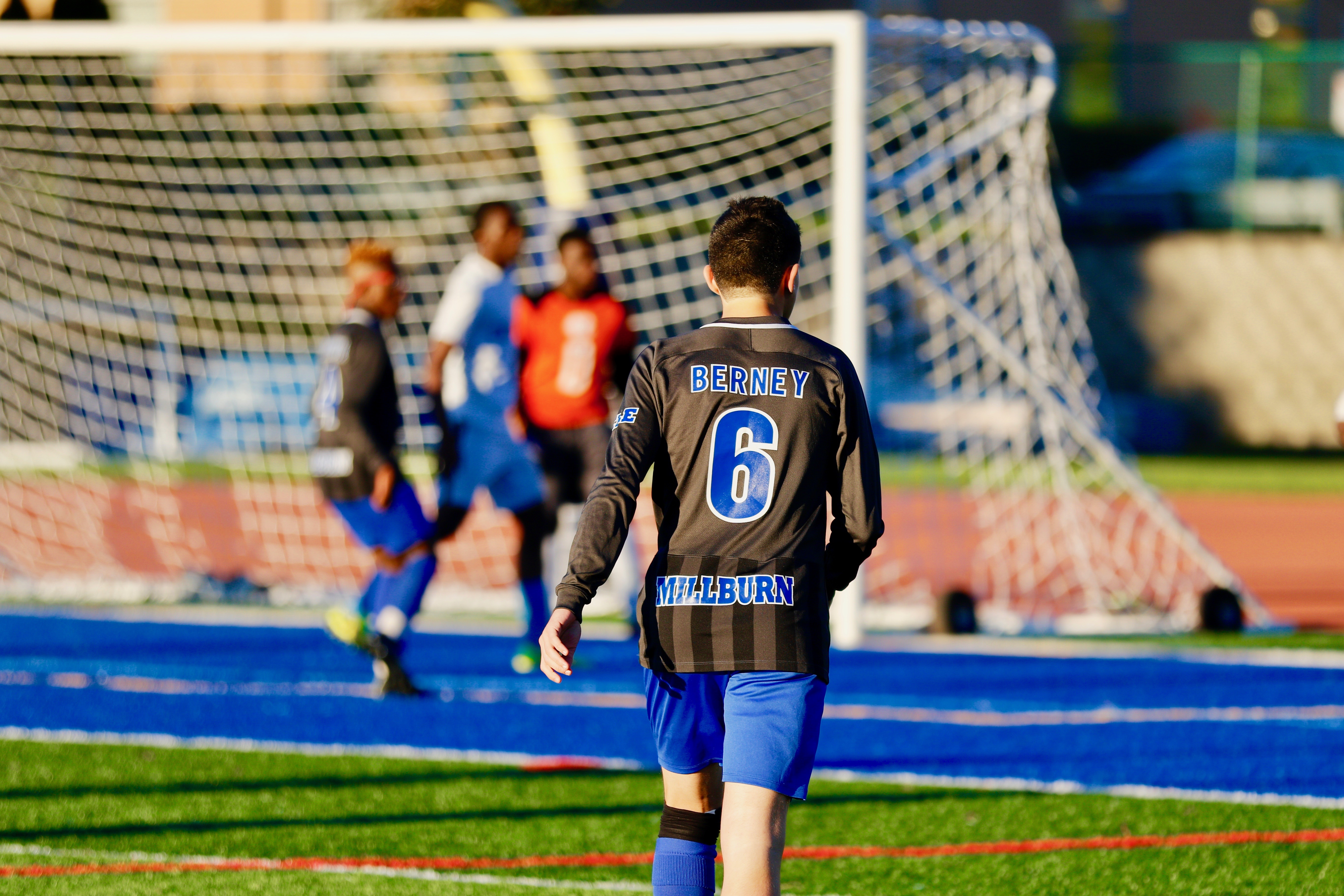 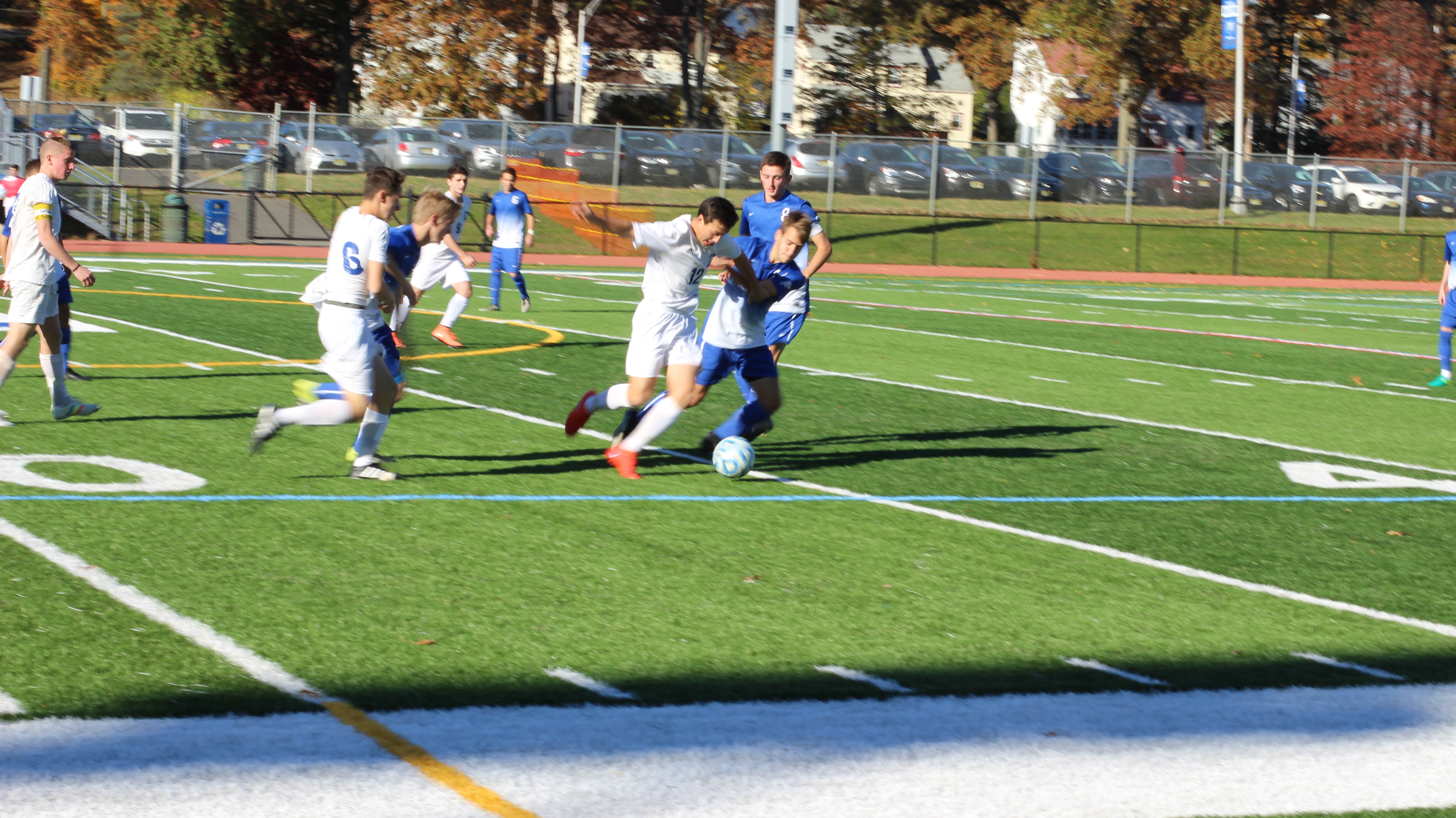