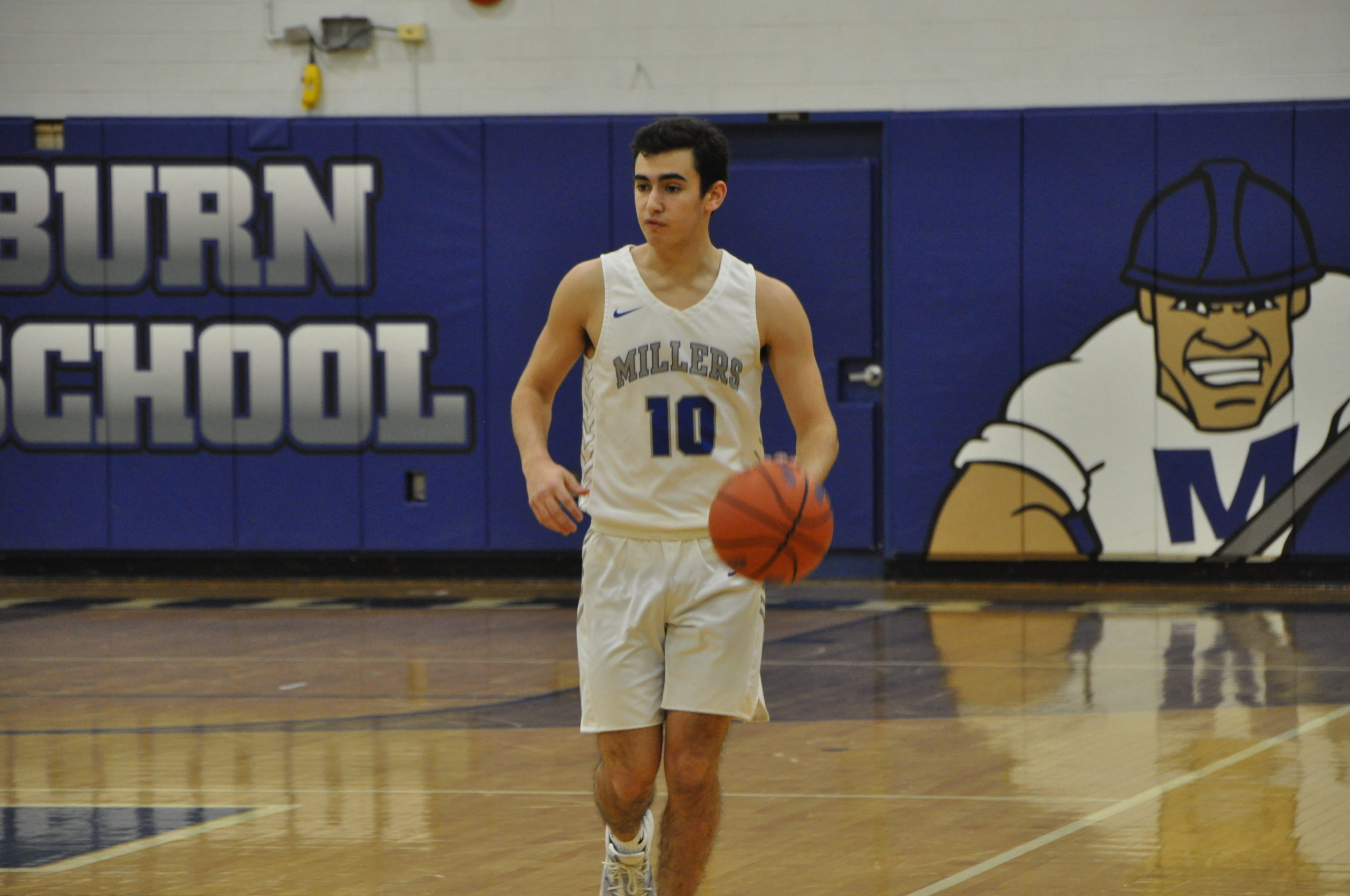 MILLBURN, NJ – After a terrific win on Tuesday against Nutley, The Millburn Boys Basketball team showed out once again Thursday afternoon, defeating Verona 58-50 after a late scoring run by Benjy Goldberg propelled the Millers to victory.

Goldberg scored all of his points during a 7-0 stretch with just over three minutes left in regulation to seemingly put the game out of reach.

Millburn took a commanding 17-11 lead after the first quarter, nailing three-pointers from all over the court. Jayson Levy drained two from deep in the first period, while Nick Cundey had a long-range score of his own.

Levy was the second-leading scorer for the Millers, hitting on all four of his three-point attempts to finish with 13 points, only three behind team scoring leader Zach Evenchick, who had 16 points.

Verona did their best to take back the lead, at one point being down only one point in the third quarter, but smart decision-making on defense and a lack of second-half turnovers gave Millburn the advantage.

After the game, Head Coach Pat Leonardis gave his thoughts on the final result.

“The biggest thing, and I told the kids at the beginning of the season, [is] that we’ve got great team chemistry,” Leonardis said. “And that right there is a recipe for hopefully a lot of wins.

“And that was the one thing I told them in there, that if we just keep believing in each other and guys coming off the bench, stepping up, making big plays for us, it’s a very unselfish team, and that’s huge for us. I think if we continue to do what we are capable of doing, time will tell on where we are later in the season.”

Leonardis also said that the team needed to work on making its free throws late and shaking off slow starts to begin games better so that they can come out of the gate flying without having to dig themselves out of a hole.

Millburn’s next game will be Jan. 11 at Montclair Kimberly Academy at 1:00 pm.