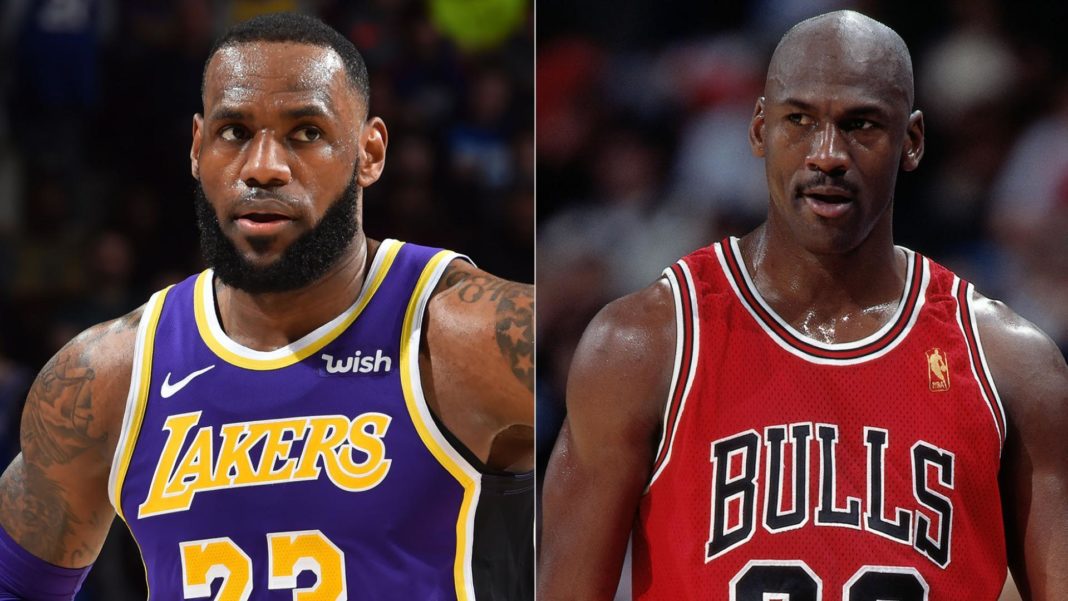 Many consider Michael Jordan to be the greatest basketball player of all time, and rightfully so. “His Airness” went 6 for 6 in NBA Championships, won 10 scoring titles, and created one of the most iconic dynasties the league has ever seen. However, over the past few seasons, LeBron James has done everything in his power to open the discussion up to other superstars in hopes of surpassing Jordan in the ranks.

This past Wednesday, Lebron James passed Michael Jordan for 4th place on the all-time scoring list. Although it took James 118 more games to reach that milestone, he did it in 1,251 fewer shots than the former. After reaching the historic mark, King James said, “If you work for any company or you work for any designer or anywhere, you’re like, ‘Oh, I aspire to be that guy because he’s done it right.’ He’s the greatest and that’s who you look at,” he said. “So that’s always been my personal goal, to use the motivation he gave me as a kid and I’ll use it as motivation now as well that I want to get to where he is.”

In the midst of his first season of a four-year deal with the Los Angeles Lakers, James, at 34-years-old, currently sits in front of Michael Jordan in the following statistical categories: points, rebounds, assists, blocks, field goal percentage, three-point percentage, and real box plus/minus. These alone bring up mind-boggling numbers, as the Lakers superstar continues to stuff the stat sheet on a nightly basis. In his 16th campaign, the 15-time all-star is averaging 27.1 points, 8.6 rebounds, and 8.1 assists.

However, the argument between these two legends always goes back to Jordan’s record in the NBA Finals and his other accolades. Jordan went 6-0 in the finals, whereas James has struggled with a record of 3-5. His four MVPs trail Jordan’s five, and the Bulls superstar also has a Defensive Player of the Year Award as a part of his extensive resume.

The debate for who is the “Greatest of All Time” remains without a clear answer and should stay that way, as Lebron James and his greatness continues to grow year after year.