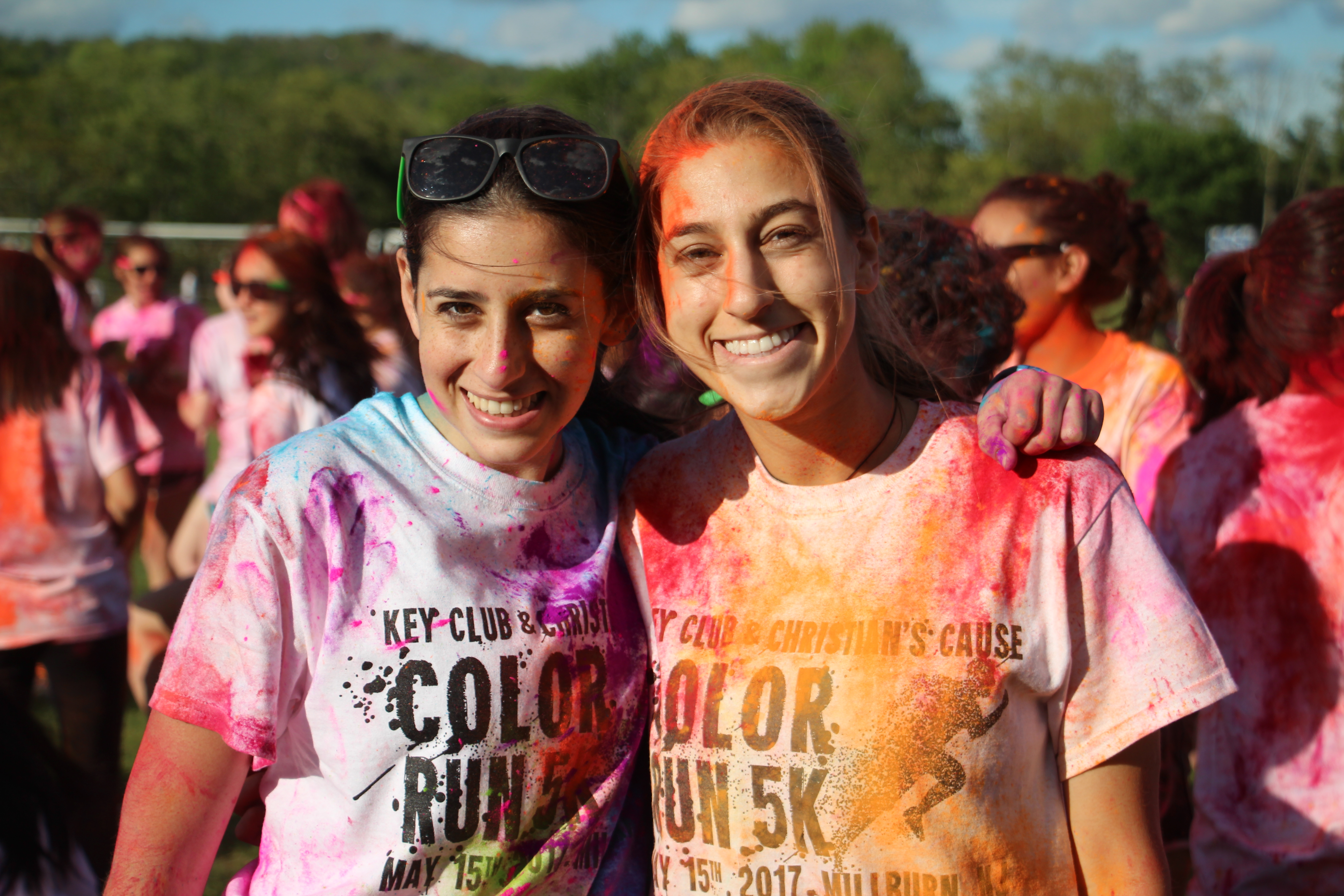 MILLBURN, NJ – Millburn High School brought color to a Monday by hosting the inaugural Color Run, otherwise known as “The Happiest 5K on the Planet”. The Color Run has been used by over six million people, in over 35 countries, as an effective way to fundraise for a cause. MHS Senior Talia Fruchtman organized the event to raise money for one of her role models.

Former Hartshorn teacher Rachel Isola, a mentor to many current Millburn students, and daughter of MHS secretary Susan Priore, recently received the devastating diagnosis of leukemia for her preschool son, Christian. When Fruchtman heard about the news, she was determined to help, her way of giving back to a significant figure in her life.

“She had a huge impact on the foundation of my education” said Fruchtman. “When I found out that her son had acute lymphoblastic leukemia, I really wanted to help and make it [the treatment process] easier in any way that I could.”

The Color Run raised thousands of dollars, starting with $4,000 in pre-registration alone. A portion of the proceeds will be donated to Christian’s cause. The rest of the funds will be donated to the Thirst Project, which fills wells in underdeveloped countries, and the Community Food Bank of New Jersey, through the MHS Key Club. Fruchtman partnered with Key Club to help organize, and staff the event.

The Color Run itself dyed the back fields of the high school glowing shades of all the colors in the rainbow. Students and community members who registered were given an exclusive white Color Run T-Shirt, and were encouraged to fill them with colored powder. Color cannons commenced the traditional Color Run 5K.

Following the race around the school grounds, all of the participants gathered for pizza, an ice cream truck, and a raffle, featuring prizes from all over downtown Millburn including the Millburn Deli, Gito, and Emack and Bolios, among others.

Fruchtman was pleased with the overwhelming amount of participation in the event, and the support for the cause. “It shows how willing everyone [at MHS] is to help out the community.”

As for the Key Club, the Color Run will go down as their largest fundraiser of the year. However, even after organizing a successful Run, Key Club President Orli Forster continues to raise money in order to help others around the world. With the start of the new service year approaching, the Key Club will staff the annual MHS Talent Show, read to Millburn Short Hills children at the public library, and visit the elderly in their attempt to better the world on a domestic and global scale.