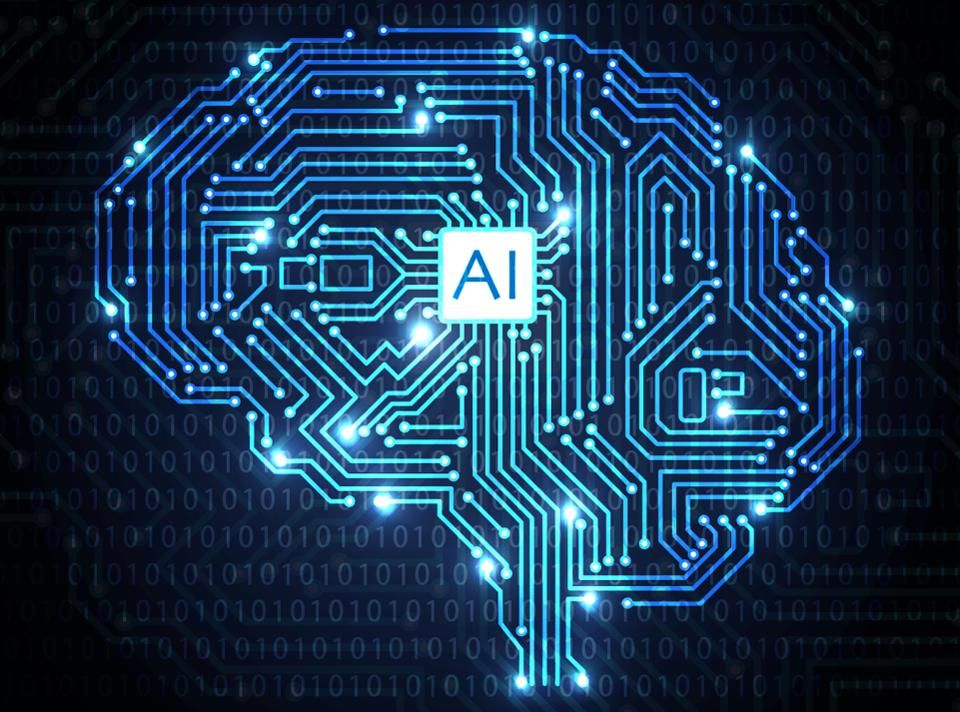 Sophomores Ryan Park and Liam Pilarski created two of the coolest clubs MHS has to offer this year. The main club, Artificial Intelligence (AI for short), has over 50 members. Students learn about how AI works, while focusing on the math behind it all. Members also gain experience using GitHub and complete small projects to practice. Ryan and Liam also created a smaller club, called AISecurity, which has been creating facial recognition kiosks for MHS.

I interviewed Ryan and Liam about their clubs and how they are helping our security system adapt to new technology. Here are their responses:

Why did you decide to start each club?

Ryan: When I first started getting interested in AI, I was surprised at the lack of AI programs in Millburn. As AI is a difficult subject that requires a lot of advanced math and programming, I saw an opportunity to foster a community of self-driven, independent learners through an AI program. As for AI Security, Liam and I wanted to grow the AI program to more than just a regular club. As a result, the AI Security initiative was developed and quickly became one of the most promising ways that our AI program could make a positive impact in our school community. However, I think none of us could have anticipated the immense success we’ve experienced so far, thanks to the hardworking members of our program and the support we received from the computer science department.

Liam: I thought it would be fun to collaborate with a friend on a shared interest. When I first started learning about AI, it was extremely difficult because there was no outlined curriculum for me to follow, so we thought it would be beneficial to others as well as a learning experience for ourselves if we could organize a club dedicated to teaching the basics of machine learning. The AISecurity initiative started off as a project meant to function as practice in AI programming for club members, but it has evolved into something much bigger. The work that we and our team put in has convinced the school to actually try integrating it into the existing kiosk system, and it has taught us a lot about project management and leadership. It’s been 6 months since we started and there are still so many kinks that we are working on at home through the quarantine! I would never have expected AISecurity to formulate into such a solid plan, but I wouldn’t have it any other way, and I’m sure Ryan agrees.

What impact do you feel these clubs will have on our community?

Ryan: Hopefully, AI Security is just the beginning. My initial vision was to use the AI program not only as a platform to learn together, but to grow a community in which students are encouraged to explore even difficult fields like AI. However, with the development of projects like AI Security, the AI program has become even more than that. As we gain more experience in developing projects like AI Security, Liam and I hope that we can continue to make a positive impact on our community.

Liam: I personally hope that with continued years of running the AI Club, we will eventually have amassed a following large enough to pursue more projects like AISecurity more often and with greater ease until we become a truly important asset to the school.

What projects have you completed thus far? What are you currently working on?

Ryan: Our main project is still AI Security, and it will continue to play a central role in our program for many years to come. We’re also looking into using AI to integrate with Vex robotics.

Liam: Right now, we are still working on the AISecurity project.

Describe the process of creating the facial recognition kiosks. What were some of your challenges?

Ryan: Because of the wealth of coding expertise and resources available online, we were able to patch together working facial recognition in a few days. Over the past few months, we’ve been working on making our facial recognition system work with the current kiosk sign-in system. Surprisingly, seemingly basic functionality — such as integrating the keypad students use to type in their IDs — were the hardest parts. It was because of Liam’s excellent work on the server, database, and threading programming that these parts are now working. I work mostly on data encryption, GPU memory management, and the facial recognition parts of AI Security. The AI program members were crucial to this process, especially in the process of researching and designing the hardware for the AI Security system.

Liam: Surprisingly, the core AI program was completed in about 2-3 days. Most of the ensuing work was adapting the basic functionality we slapped together to run faster and more efficiently, such as effectively managing memory and choosing computationally inexpensive alternatives to certain functions we were using. Another challenge was ensuring privacy was not an issue. I know Ryan worked hard on encryption of data that we would be using, and this was a major selling point when we proposed the idea of AISecurity to the school. Additionally, transferring the software from our computers to the Jetson Nano mini-computers that would be used inside the kiosks during production was challenging- we spent months setting up the configuration of the Nanos properly so that our software would run seamlessly, as well as working on the code that would interact between our software and the existing school servers.

Can we expect to see the implementation of the kiosks in the near future?

Ryan: Yes. We planned to start isolated testing in the MILL last month, but the spread of coronavirus changed our plans. However, we’re still working on improving AI Security as much as possible from home, and should be ready to implement a production version in the near future.

Liam: Yes. Currently, the project has been approved by the school to start testing. Whether or not the tests are evaluated as successful by the school is unknown, but we are very confident that the software we have thus far developed is more than up for the task of being put into production.

What are your goals for club activities in the future? What’s next for the club?

Ryan: Our program will continue to revolve around big projects such as AI Security, while still maintaining the learning/teaching aspect that attracts so many students. AI Security will be AI program’s biggest project for many years, but that doesn’t mean that we won’t adopt new projects. As the size of our program continues to grow, we are looking into other initiatives, such as Vex robotics + AI. A few years into the future, I’ve also planned for the AI program to apply to some Kaggle online competitions as well, which could greatly enhance the programming skills of our students. Through these projects, I hope to give our members experience working in a production environment in a team setting- a skill that I’m sure anyone will need as they progress further in life.

Liam: I personally haven’t given it much thought since AISecurity has been taking up so much of our resources, but we are looking to come up with a project of similar caliber once AISecurity is satisfactorily working.

As a member of AI and AISecurity myself, the work both clubs are doing is truly amazing, especially in a world where technology becomes more and more popular everyday. It’s an eye-opening experience for students, and I’m so grateful to Ryan and Liam for starting them. If anyone is interested in joining, feel free to reach out to Ryan (22parkr@millburn.org) or Liam (22pilarskil@millburn.org)!

The Biggest Winner and Loser from the 2020 NFL Draft: Quarterback...