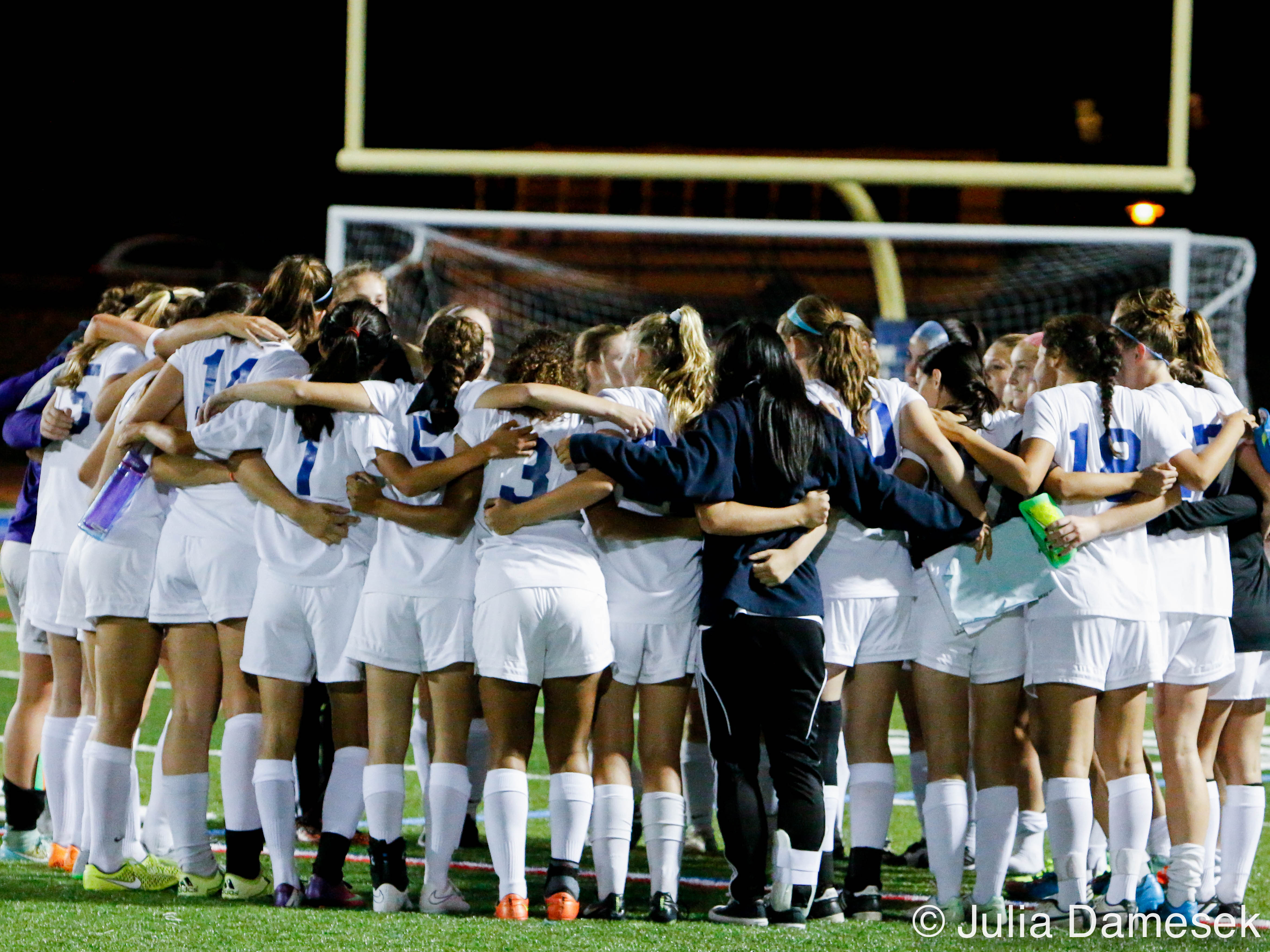 Millburn end their 7 game winless streak as Senior Faith Belcuore scored the winner in the second half. Coming into the game, Millburn’s last win was a 1-0 victory against Morristown on the 16th of September. With that being said the Millburn girls showed a lot of energy tonight to win the game in fashion.

The game was filled with high press and energy right from the start. Both teams wanted to go back to winning ways as Caldwell’s last victory was on the 1st of October. For Millburn though, the girls had extra motivation as tonight’s game was senior night. Millrun’s team currently fields 11 senior girls, and 10 of them managed to get the start tonight.

Millburn’s last encounter with Caldwell ended in a 0-0 draw on the 21st of September, and Caldwell’s coach said that they were “unlucky not to win the game…we hit the post a couple of times”.  The coach also went on to say that his team would “treat this game like any other game” in preparation for the game.

At times during the game, Caldwell’s high press caused the MIllburn defenders to make a few errors in their passing out of the back, but as the game progressed, the defenders became more confident on the ball and started to control the game.

During the first half, Millburn had a chance to take the lead with captain Julia Burakovsky hitting a shot just wide of the post. That was probably the best opportunity of the first half.

In the build up to the goal, freshman Jamie Olensky intercepted a Caldwell pass in the Millburn half and took her space up the field before sending it to Ava Belcuore down the wing. With the ball, Ava Belcuore made a nice run down the wing and passed the ball to her sister, Faith Belcuore who struck the ball with confidence into the upper right corner of the near post. It was a fabulous bit of skill by the Belcuore sisters. As the game was coming to an end, Caldwell had an opportunity inside the box, but their player Leanna Rebimbas blasted a shot that hit the post and went out of bounds.

The final whistle struck, and the Millburn girls were very excited. Not only did they improve their record to 3-6-2, but with great defense and a lovely finish, Millburn sealed the victory for their seniors on senior night. Next, Millburn face West Essex on the 12th of October as Caldwell face Glen Ridge. Hopefully with the momentum Millburn have, they can pull off another victory against West Essex.

Rewatch the winning goal by Faith Belcuore below.

What an amazing dribble and goal by our Faith Belcoure! Go Millers!

Rewatch the full game on our livestream page, embedded below.