MILLBURN, NJ – After back-to-back wins over Shabazz and West Orange, Millburn Boys Basketball continued their recent success on Tuesday at home against North Star Academy, winning a nail-biter in overtime, 42-39.

Benjy Goldberg put the team on his back in the extra period, scoring all six of Millburn’s overtime points to give them the advantage. Goldberg was the second-leading scorer for the Millers, finishing with 11 points.

Zach Evenchick led the charge for Millburn through 16 minutes of play, contributing six points in a dominant first quarter to put the Millers up early, 13-6. Evenchick led the team in scoring on the afternoon, finishing with 13 points, with 11 coming in the first half. North Star stormed back in the second quarter, however, taking advantage of an uninspiring display of defense by Millburn to take the lead before halftime, 22-20.

The second half remained close throughout, with both teams ending regulation tied at 36. Nonetheless, Millburn prevailed behind Goldberg’s clutch performance at the free-throw line and from the field, powering the Millers to victory.

Speaking with TAPinto after the game, Goldberg and Head Coach Pat Leonardis gave their thoughts on the final result.

Goldberg noted that the team’s ability to carry over their success in the fourth quarter into the overtime period helped them finish the game strong.

“I thought in the fourth quarter we were clearly outplaying them,” Goldberg said. “We were in a rhythm but we couldn’t get it done in regulation. So going to overtime, I thought we had a lot of momentum with us getting the last shot.”

Goldberg also emphasized the team’s consistent struggles in the second quarter during this recent stretch.

“After the first quarter, I think we were up seven or eight maybe. We get relaxed. We want to extend the lead but we relax on defense, we’re not as aggressive,” Goldberg stated. “So if we just bump up the intensity and aggressiveness, we’ll be fine.”

Coach Leonardis also believed that the team’s lackluster performance in the second period was a major takeaway and important in evaluating the contest as a whole.

“The biggest thing is, we’ve got to collectively play for 32 minutes,” Leonardis said. “The second quarter has been really hurting us lately the past couple games, and we can’t come out and play great in the first, and then settle in and settle down in the second.” He continued, “But I thought once the halftime came, and we re-adjusted, we stuck to our gameplan. Guys did what they were coached to do, and we were able to take it to overtime and seal the win.”

Millburn’s next game will be Feb. 1 at home in the Essex County Tournament, where they will look to make it four straight victories. 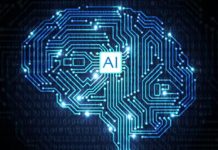