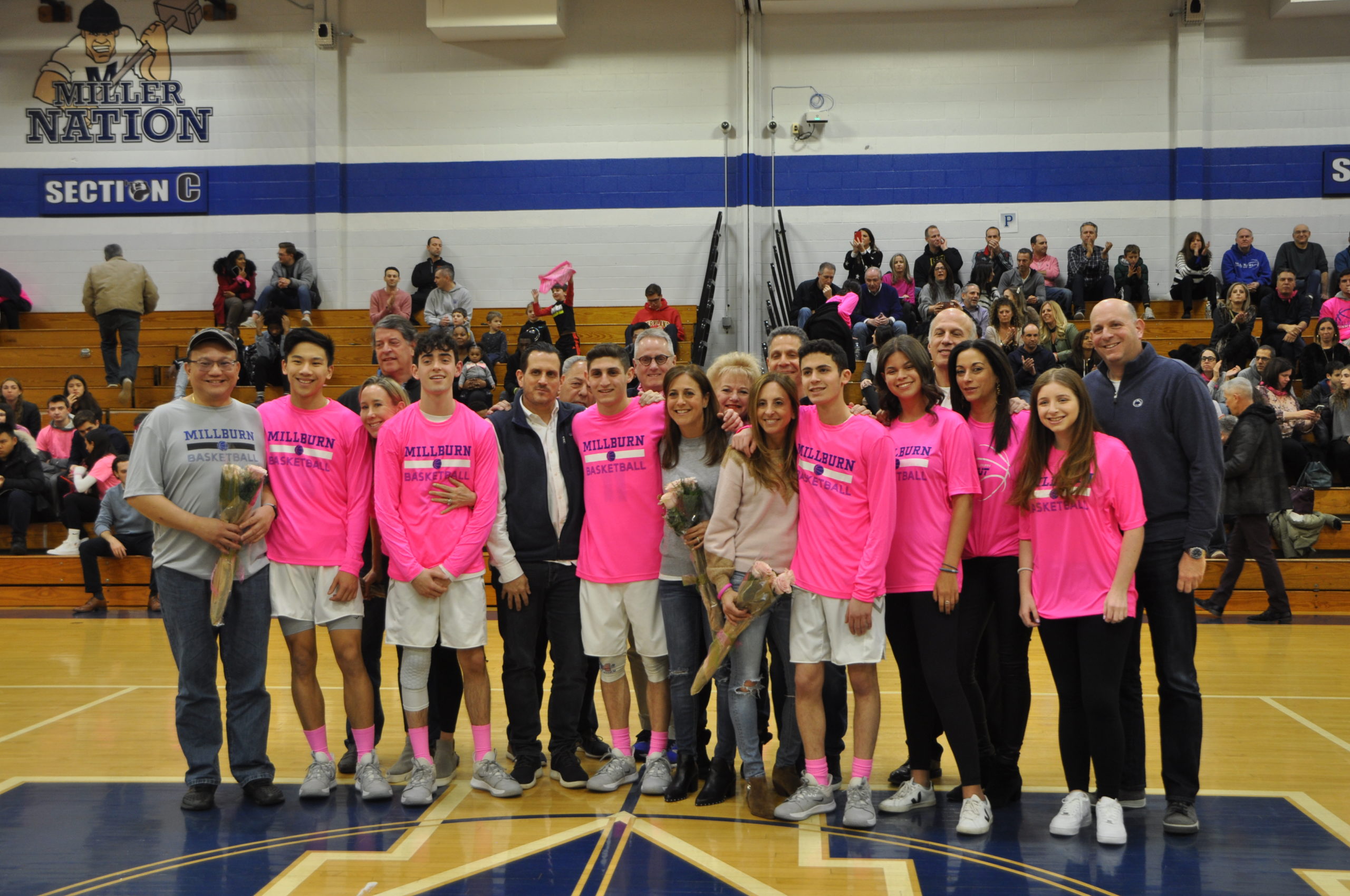 MILLBURN, NJ — After getting back on track with impressive victories over West Essex and Cedar Grove in their previous two contests, Millburn Boys Basketball fell below .500 once again after an uninspiring second-half performance against Belleville on Senior Night, 55-48.

The final score made the game seem closer than it was, as an 11-0 run to begin the third quarter for the Buccaneers put Belleville in the driver’s seat for the entire second half. Garbage-time points at the end for the Millers cut the deficit to single digits, but they were not enough to turn the tide.

Millburn held their own throughout much of the first half, keeping the contest close with the 18-7 Buccaneers and going into halftime trailing only a point, 22-23. Austin Wolk led the charge for the Millers in the early going, scoring 7 of his 9 points before the intermission. However, Belleville came out firing on all cylinders in the second half, rattling off 11 straight points until Millburn put up their first basket with 3:30 left in the third quarter.

The Millers continued to fall apart defensively in the final period, with Belleville’s Hector Castro scoring 13 of his game-high 19 points in the final 16 minutes of play. A number of mental mistakes and careless passing put the game out of reach for Millburn towards the end of regulation.

Speaking with TAPinto after the game, Head Coach Pat Leonardis gave his thoughts on the final result.

Leonardis spoke about the difficult start to the third quarter and what caused his team’s lackluster play coming out of the break.

“We just didn’t come out with the energy that we came out with during the first half, and we gave up a couple of possessions, they went on a 7-0 run, and we can’t dig ourselves a hole too deep late in the game. But, I give our kids credit. We fight back, but unfortunately, the score is what it is.”

The coach also made a point to discuss his team’s fight as they look towards the state tournament next week.

“The biggest thing is that our kids know they are going to play for 32 minutes no matter what … The kids respond to each other. We just have a couple of breakdowns we just have to get over sometimes.”

Leonardis also spoke about his seniors and how they impacted the program. Senior Players Nick Cundey, Ben Lipkin, Ed Mon and Austin Wolk, along with mangers Kara Flyer and Jaclyn Gang were honored in a pre-game ceremony before tip-off.

“To give four years to a program, and stay with it and stay together means something to them,” Leonardis said. “It says something about themselves. And I just told them that I was proud of not just the effort today, but that this time last year, we had five wins, and we have 12 this year.”

He continued, “That’s not by accident. It’s because of our senior class and the guys below them, building upon what the seniors expect from them. That’s what we can do. We put another row in the foundation, and we’ll see what happens in the future.”

Millburn’s next game will be March 2 at home in the first round of the NJSIAA sectional tournament, where they will look to put this performance behind them as they prepare for states.