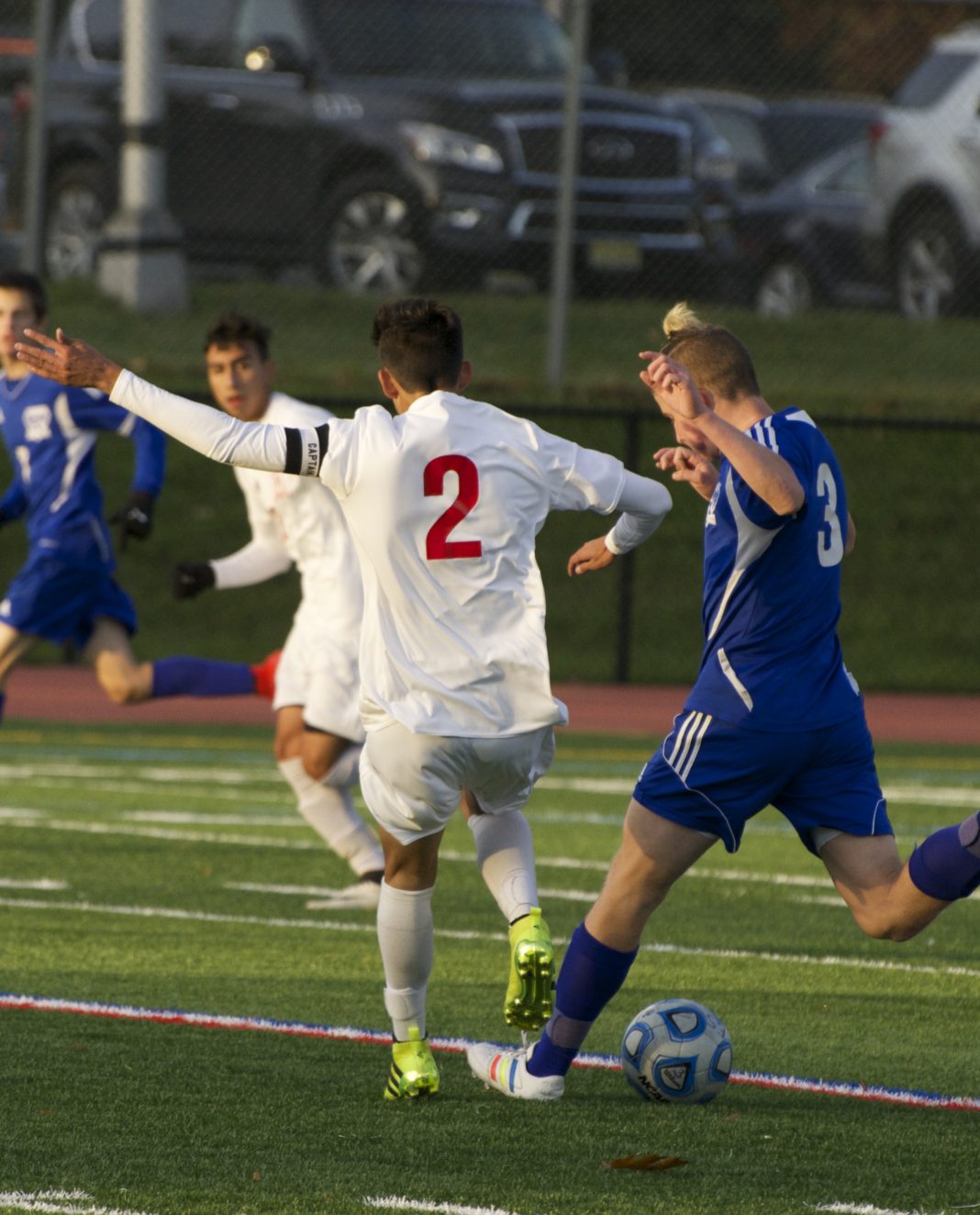 The fourth-seeded Millburn Millers faced the eigth-seeded Newark East Side Red Raiders yet again last Tuesday in the Group 4 state tournament. While the Millers had bested the Red Raiders earlier in the season in the county tournament, the Red Raiders were seeking redemption. What was once merely a fixture had now developed into a rivalry.

Going into this game the Millers had the upper hand. They had won the previous meeting and were the fan favorite to win this. Going in with that much momentum played a huge role in their dominance of the first half. They maintained possession of the ball for the majority of the first 40 minutes but just couldn’t seem to find the back of the net. However, they would be rewarded in the second half as rising junior Sam Meyerowitz finished off a cross from junior Jack Marx in the 60th minute. From then on the Millers tried to maintain possession of the ball for as long as they could in order to simply run out the clock and possibly double their lead. The Red Riders were having none of it. They continuously pounded the Miller defense in a last ditched effort to stay alive. With under 3 minutes left in the game, junior Gustavo De Souza placed the ball past Millburn goalie Kyle Speckhart off a low, driven corner. This was a huge momentum shift in the game.

For the following two periods of over time the teams battled it out but to no avail. It was evident that the over time had fatigued players from each team. It had been a well fought battle but it wasn’t over yet. It was now time for penalty kicks. It was a truly nerve racking experience, with 5 players from each team going up to play their role in solidifying their team’s place in the sectional final. The Red Raiders came out victorious after their senior goalie Jose Quintero saved back to back penalty kicks. It was a tough loss for the Millers.

Many favored the Millers to go all the way in the State Tournament this season. With skilled and experienced seniors such as Noah Schwab, Ben Kessler, Matt Jordan, and Kyle Speckhart returning, as well as newcomers such as Sam Meyerowitz and Jason Mazer who were expected to greatly impact the team, there was no real reason as to why they wouldn’t be crowned champions. But there was just that same missing piece that prevented them from advancing to the finals last year. Coach Robinson will now return to the drawing board in high hopes of finding the missing piece to the puzzle with returning juniors such as Andrew Aronson and Jack Marx. The Millers ended the season with a record of 12-5-2.