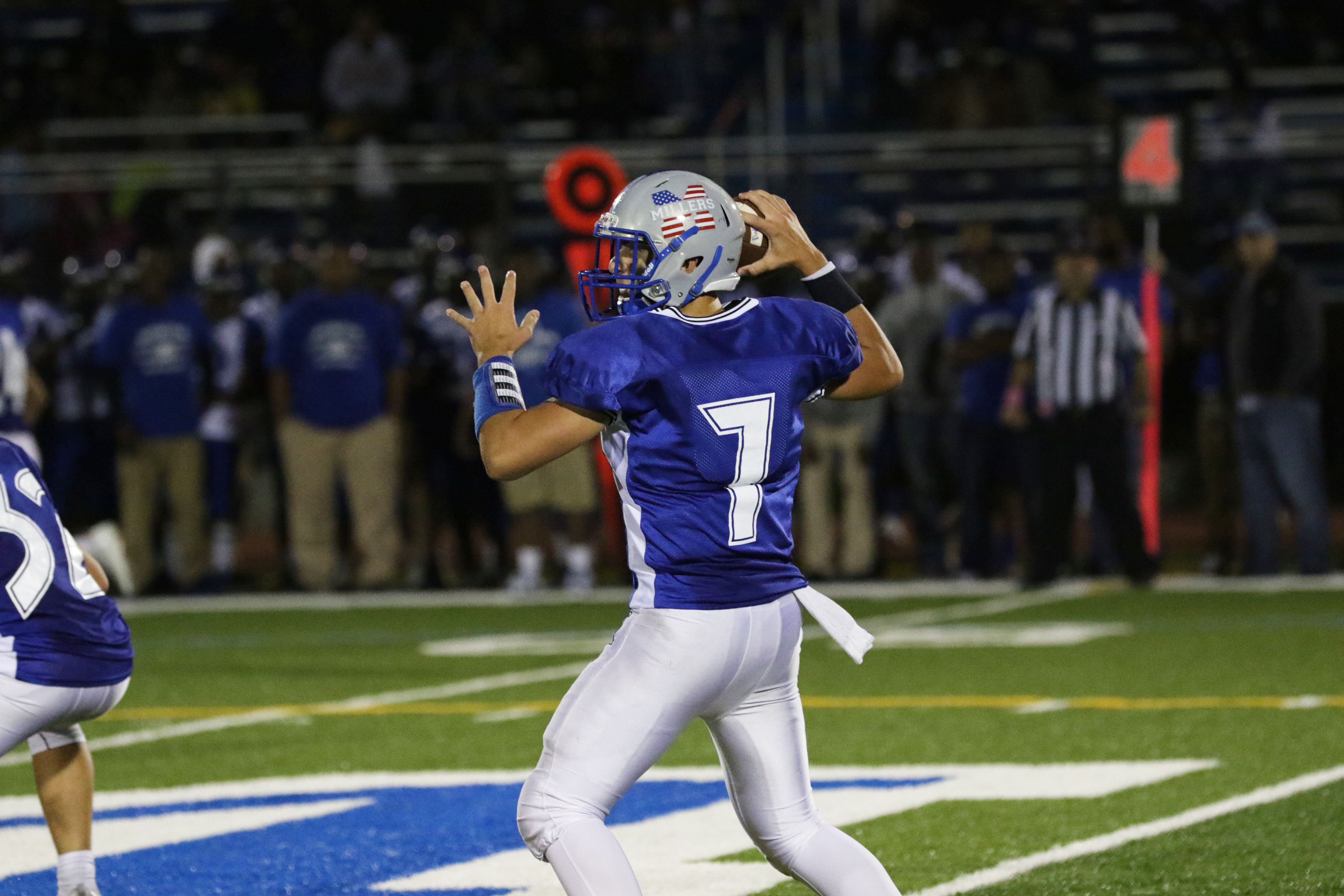 It was a well-fought game at Dr. Keith A. Niegel Field between the 0-4 Millburn Millers and the 4-0 Irvington Blue Knights. The game was the Miller home opener and they came out with some fire. The Millers were able to stop the high-powered Irvington Blue Knight offense on their first possession. In the ensuing drive for the Millers, superb running by Miller running back Shashank Ravindranath (15 rushes and 75 rushing yards), put the Millers in position to strike first with a 27-yard field goal from Jack Kirshenbaum.

As the game progressed into the second quarter, it became difficult for Millburn to put a halt to the Irvington offense. Led by Division One prospect quarterback Jyvon Brown, the Blue Knights were able to pick apart the Millburn defense. Brown finished the game with 220 passing yards and three passing touchdowns that included a 87-yard hook-up to Jasiah Provillon for a touchdown and two touchdown passes to Karon Gray. In addition, the Blue Knights scored rushing touchdowns from Jyvon Brown and from running back Al- Nazir Blackmon who finished with 89 yards.

Millburn trailed at the half 22-3 and by the end of the third quarter, Irvington had scored 34 unanswered points. However, the tide turned as the game moved into the fourth quarter. Due to excellent wildcat offense from Miller running back Will Twombly and an outstanding 41-yard pass from Miller wide receiver Tanner Partoll to fellow wide receiver Ben Pampush on a trick play, the Miller offense was clicking on all cylinders. The possession was capped off with a with a 11-yard touchdown reception by Nick Tortoriello from Miller quarterback Peter Serruto. Subsequently, Miller special teams executed a perfect onside kick, resulting in beneficial field position at the 50-yard line. The Millers marched down the field due to superb running by Twombly and Miller running back Davis Moshier. Later, the possession led to an excellent read option play by Serruto that resulted in a 7-yard touchdown run. The Millers caped off the play with two-point conversion by Will Twombly to cut the deficit to 34-18.

The clock ran down in the fourth quarter just as Millburn’s hopes were ignited. Millburn’s fate was sealed by Brown’s interception in the Miller endzone with about a minute and a half left in the game, which was a 34-18 victory for the Blue Knights. The Millers will have a bye week next week to examine some of their missed opportunities including an unsuccessful attempt to score after failing to get into the endzone on third and fourth down at the one yard line. The Millers will seek their first win of the season as they take on the 3-1-1 Morris Knolls Golden Eagles on Friday, October 21st at 7:00 under the lights in Millburn.