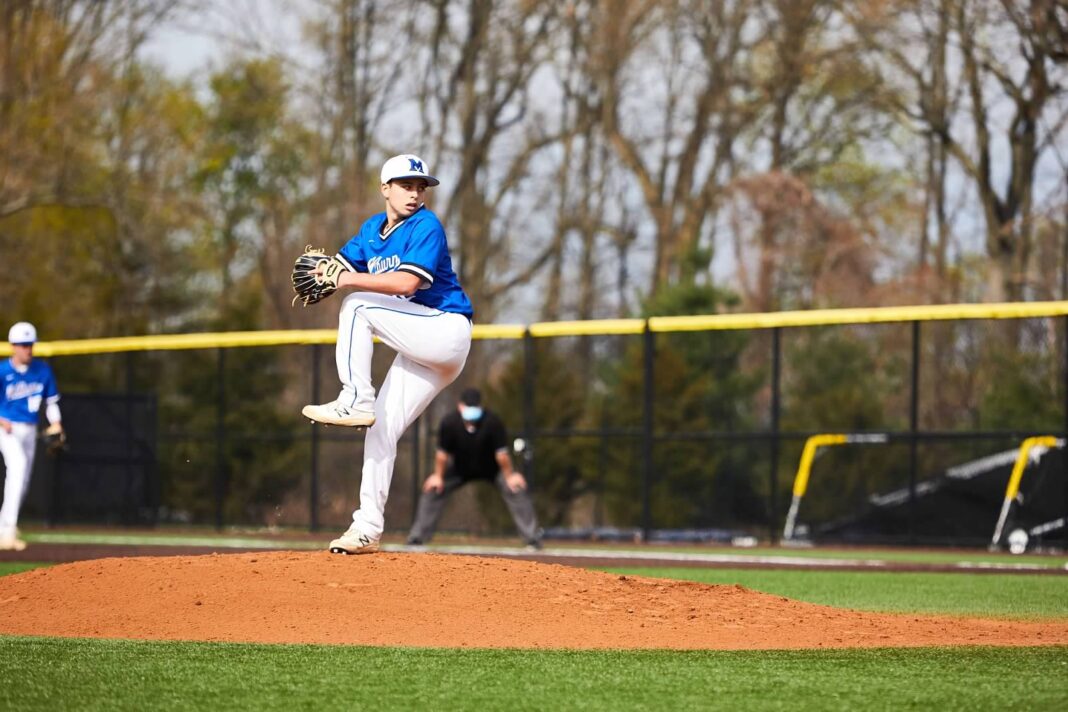 In their first regular season game in almost two years, the Millburn Millers were faced with the juggernaut opponent in Seton Hall. Senior Daniel Cifu took the hill for the Millers in his first career varsity start. While others may be fazed by the task of pitching against The Prep, Cifu was locked in from the start.

The senior struck out the first two Pirate hitters, but he faced some trouble in the bottom of the second. After a walk and a bloop single, the Pirates had runners on the corners with no outs. Cifu remained calm and did not waver in the face of adversity, as he struck out the side to get out of the jam with zeros still on the board.

Cifu was also a key component in the Millers offense. In the bottom of the third, the Millers took an unorthodox approach to get their first runs of the season. Following a single by Matthew Weiner, Cifu laid down a perfect sac bunt for a single. Sophomore Robert Sneider followed up Cifu with another sac bunt that led to a throwing error on the Pirates, and the Millers taking the lead 1-0. Junior Copeland Culp used a deep sac fly to center to bring in the second run of the inning, and the Millers were up 2-0.

It seemed as if the Miller runs gave Cifu more confidence. The Senior mowed down the next six Pirate hitters, including striking out the side for a second time in the bottom of the fifth. Cifu’s incredible opening day performance came to an end in the fifth with a standing ovation from the crowd. Allowing just two hits over five shutout innings with nine strikeouts, Cifu completely shut down the talented lineup of the Pirates en route to his first win of the season.

In the top of the fifth, the power hitting of Matt Hollander put the icing on the cake in a huge win. On an 0-2 pitch, the junior catcher took a fastball down the middle deep to left center field for a two run homerun, to put the Millers up 4-0. For this to be Hollander’s first career home run, it could not have come at a better time.

The Pirates would not go down easy though. In the top of the sixth, Seton Hall found themselves with the bases loaded and the tying run at the plate. Millburn relief pitcher Luke Goldenberg needed to get out of a very tough spot to preserve the Miller lead, and get out of it he did. Goldenberg forced a fly out to deep center to end the inning, giving up only one run in a situation that could have ended much worse.

Goldenberg gave up a leadoff double in the bottom of the seventh, and once again, the Pirates had hopes of an improbable comeback. However, Goldenberg had no problem finishing. The senior ended the game by popping up Clemson commit Chris Maldanado, and the Millers move to 1-0 with a statement 4-1 victory.

After star player Oren Abbot was pronounced out for the season with an arm injury, many people wrote off the Millers. This opening day victory proved to the rest of the state that the Millers still have the same mentality – to end the season with nothing less than a trophy in their hands.