Millburn, NJ – The 6 seeded Millburn Millers played a great game in a tough loss to the 2 seeded Newark East Side. The Millers made a magical run to the semifinals of the Essex County Tournament, beating the eighth ranked team in the state, West Orange in the process. They came up short today as Walter Hernandez and Jonatas Barbosa Pereira carried the Red Raiders, making several big plays.

Hernandez had two goals, which Pereira assisted on. In the beginning, the Millers seemed overmatched by the Red Raiders, allowing a goal to Hernandez within the first 5 minutes, the first goal the Millers have allowed in 5 games. The Red Raiders then scored again with 20 minutes to go in the half, to double the lead. Millburn bounced back at the end of the first half, accumulating multiple solid attacks and scoring chances but were ultimately unable to put anything on the scoreboard. There was some great defense played by Millburn’s Raghav Pant and Noah Schwab as they battled Hernandez, a Division 1 prospect.

To start the second half scoring, Millburn tacked on a goal with around 25 minutes to go, on a beautiful fast break. It started with a steal and quick deep pass from Ben Kessler to Benji Prashker. Prashker then juked a defender and had an open shot on goal. He did not waste the opportunity. Prashker shot a bullet between the goalie Eric Silva Lopez’s legs for a team leading 11th goal of the season.

After that goal, the energy shifted gears as the Millburn student section became a factor, and the atmosphere changed. Both teams then played more of an up-tempo game, with multiple fast breaks but both were unable to score. With around 10 minutes to go, Walter Hernandez hammered the nail in the coffin, as he scored a fastbreak goal on a terrific feed from Pereira.

In the last few minutes of the game, Millburn came very close to scoring on a lot of corner kicks but couldn’t get a goal. The Millers had some injuries heading into this one, as key defender Christian Clark and a game changing midfielder Spencer Schneider were out tonight. The Millers will be the 2 seed in their group in the State Tournament, and coincidentally, Newark East Side will be the 1 seed. There’s a potential rematch between these two teams. The Millburn players are already hungry for revenge against these Red Raiders.

In a win or go home game in a bracket of 16 teams, the 2 seeded Millburn begin their quest to win the State Tournament when they play 15 seed Columbia on Halloween in Millburn. 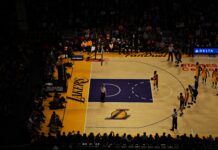 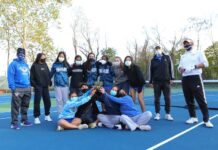