In the fourth week of the season, all Miller fall sports continued their impressive start to the 2020 season.

On Tuesday, the 15th ranked Millburn Millers faced off against the 18th ranked East Brunswick Bears. Going up against their toughest test of the season up to that point, the Millers hoped for a hot start, and they got one. Nine minutes into the game, Alfie Smith took the ball down the left side line and served a beautiful ball into the box, right to the head of Ryan Garfinkle who buried it into the back of the net. The Millers dominated in the first half, but the Bears did not back down, scoring two unanswered goals. With 15 minutes left down 2-1, the Millers needed something if they wanted to keep their perfect season intact, and Junior Zach Evenchick delivered. After a freekick was punched by the East Brunswick goalkeeper, Evenckick showed great composure and finished a one time volley, tying the game. The Bears and Millers stayed dead locked at two for the rest of the game, resulting in a draw. The Millers keep their undefeated season alive, showing resilience after being down a goal, exactly what a championship team needs.

In a defensive showdown, Meghan Boehm’s lone goal propelled the Miller girls to a 1-0 victory over Summit on Wednesday. Miriam Wolk had the assist on what was Boehm’s third goal of the season. The Miller backline held Summit to only two shots in the win. The girls snapped their two game losing streak with the victory.

Trying to pick up their second straight win, the Millers went up against Scotch Plains-Fanwood at home on Friday. The girls got off to a quick start, scoring three goals in the first quarter. They put the icing on the cake, scoring two in the fourth to cap off an impressive 5-0 victory. Meghan Boehm led the charge once again with three goals and two assists. Katherine Gula and Lily Zucker also added on goals in the girls third win of the season. The Field Hockey team will look to add on to their two game winning streak, when Johnson comes to town on Wednesday.

The Girls soccer team had their hands full as they traveled to Montlcair to take on the 5-0 Mounties on Tuesday. After a 1-0 first half, Montclair exploded for 4 goals in the second to hand the Millers their third loss of the season, 5-0. Liliana Tomko tallied 10 saves in the loss.

Looking to bounce back after an embarrassing defeat, the Millers took on Newark Academy on Friday. And bounce back they did. Carly Bernstein shined in the contest, scoring a goal along with assisting another from Maggie Ellsworth to give the Millers a 2-1 win. That is both Bernstein and Ellsworth’s second goal of the season. The girls will look to jump to 4-3 on the season, as they play rivals Livingston on Wednesday.

The Girls Tennis team collected the first hardware of the 2020 campaign, defeating Newark Academy 5-0 to secure the Conference Championship. Paulina Feoli continued dominating her opponents in 1st singles, winning 6-1, 6-0. Ritika Mishra and Angelina Lei also picked up victories in their respective singles matches. In 1st Doubles, Anna Bansal and Veda Madhusudan put on an impressive performance, winning both sets 6-1. Jessica Rievman and Saniya Sinkar capped off the Miller victory with a 6-2, 6-3 win in second doubles. The girls move to a perfect 6-0 on the season, with no signs of slowing down anytime soon.

Unable to capture their first win of the 2020 season, the Millers were defeated by Nutley 42-7 on Friday. Luke Goldenberg threw for 153 yards and a touchdown, along with three interceptions. The Nutley defense completely shut down any rushing attack for the Millers, not allowing any player to tally more than six yards total on the ground. Senior Robbie Almgren was impressive on the offensive side for the Millers, with three receptions going for 89 yards, including breaking off a long 63 yard TD pass, the only points scored for the home team in the loss. Once again Michael Policarpio led the defense with 14 tackles. The boys will travel to Orange on Saturday, desperate for a victory. 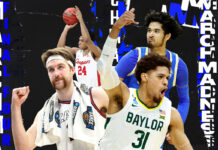 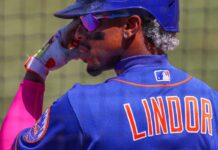 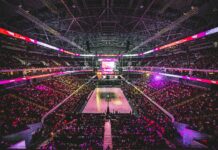