Millburn Limelight players will be performing She Kills Monsters, the action-packed play written by Qui Nguyen, this weekend.

She Kills Monsters tells the story of Agnes Evans, a young woman grieving for her deceased sister. The Evans sisters never were especially close, but after Tilly’s death Agnes resolves a notebook containing a game scenario created by her sister. She discovers that Tilly was well-known Dungeons and Dragons player, and that she was passionate about online fantasy gaming. In order to unlock more secrets about her mysterious young sibling, Agnes recruits a “dungeon master” named Chuck to help her understand and grieve Tilly. Chock-full of supermodel elves, dominatrix warrior women, and nasty ogres, She Kills Monsters is a surprisingly sweet tale of friendship, loss, and acceptance.

Tickets can be found at mhsnj.booktix.com and are also being sold to Millburn High School Students outside of the cafeteria during lunchtime. Don’t miss it! 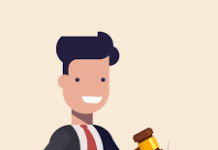