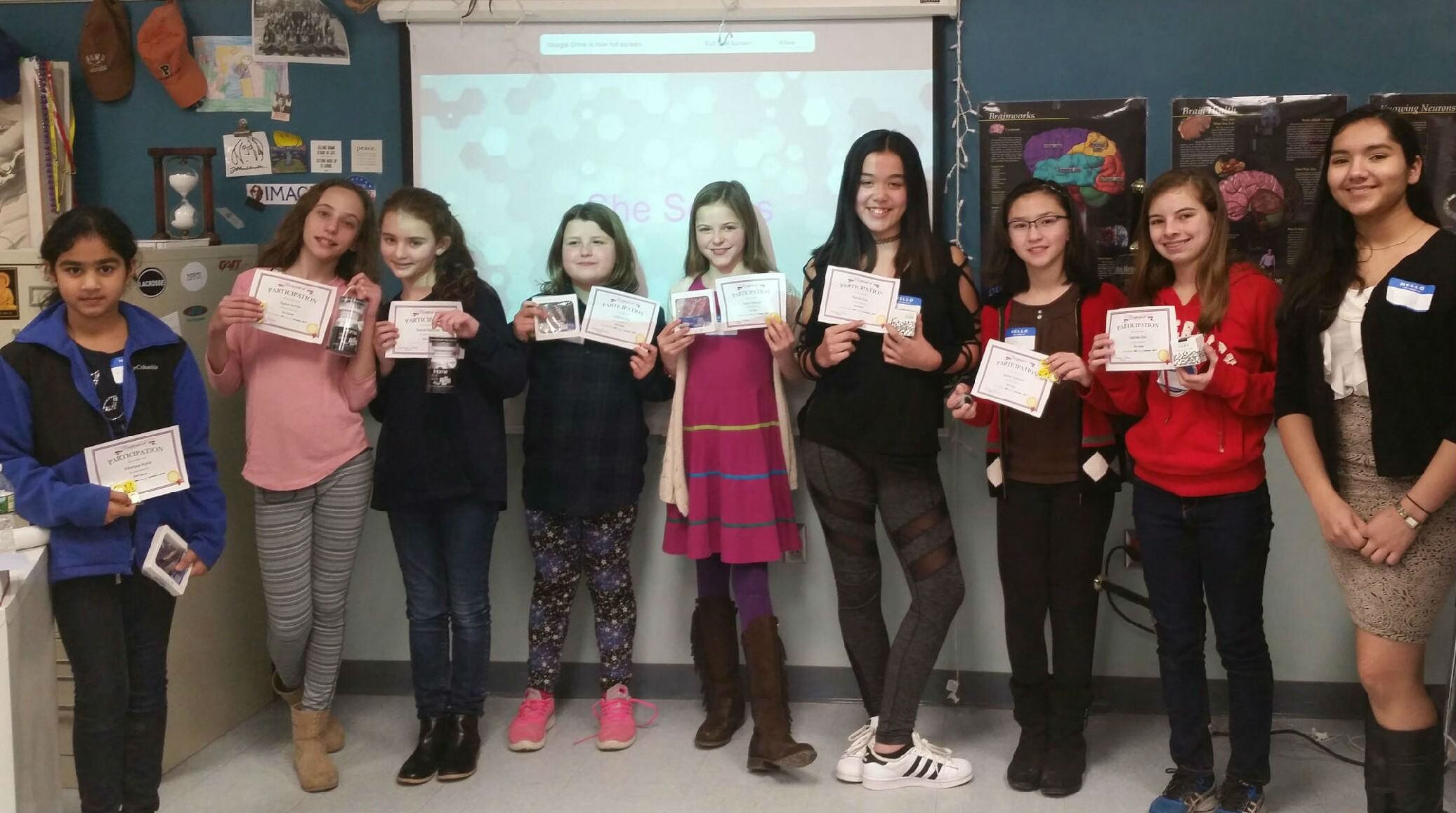 Dan Sirota Posted on February 9, 2017
Computers were all around the cafeteria at the She Solves girls STEM event held on Saturday, January 28 at Millburn High School. Girls ages 10-14 were invited to attend the 5-hour event, and overall there was a good turnout. She Solves was held to promote gender equality between men and women for STEM careers (like engineers, computer scientists, and architects) and to close the gender gap. 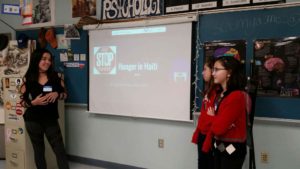 Girls who attended the event registered online. When they arrived, they were connected to Wi-Fi. Event coordinator Soumya Mishra went around introducing herself to the group members and presented the “Major Topics” of the event, which were: After being introduced to the topics, groups were formed and a team name was created. The girls started to work on the projects and shared the presentations with Soumya so she could keep a watchful eye. As the projects were underway, Soumya went around to the groups and gave advice and some companies who might want to help with their idea. After projects were finished, the groups presented them, with a panel asking some questions. After all projects were presented, pizza was served (courtesy of Clemenza’s pizzeria). After eating, the awards were presented (with prizes for first through third place finishes). All participants received a participation certificate signed by Soumya. The event was a success, and this is one of the many ways we can close the gender gap for STEM careers! 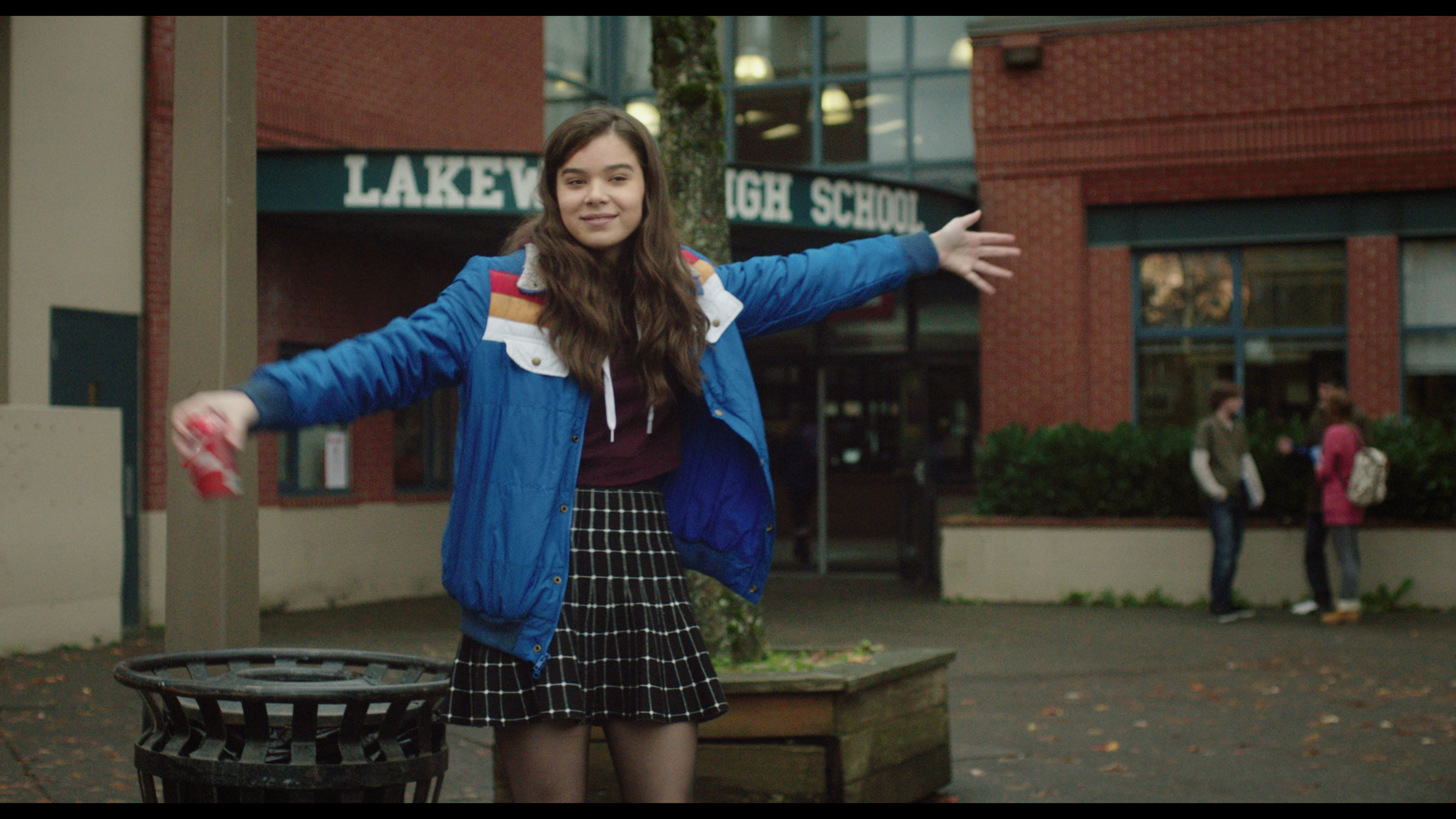 The Edge of Seventeen Movie Review 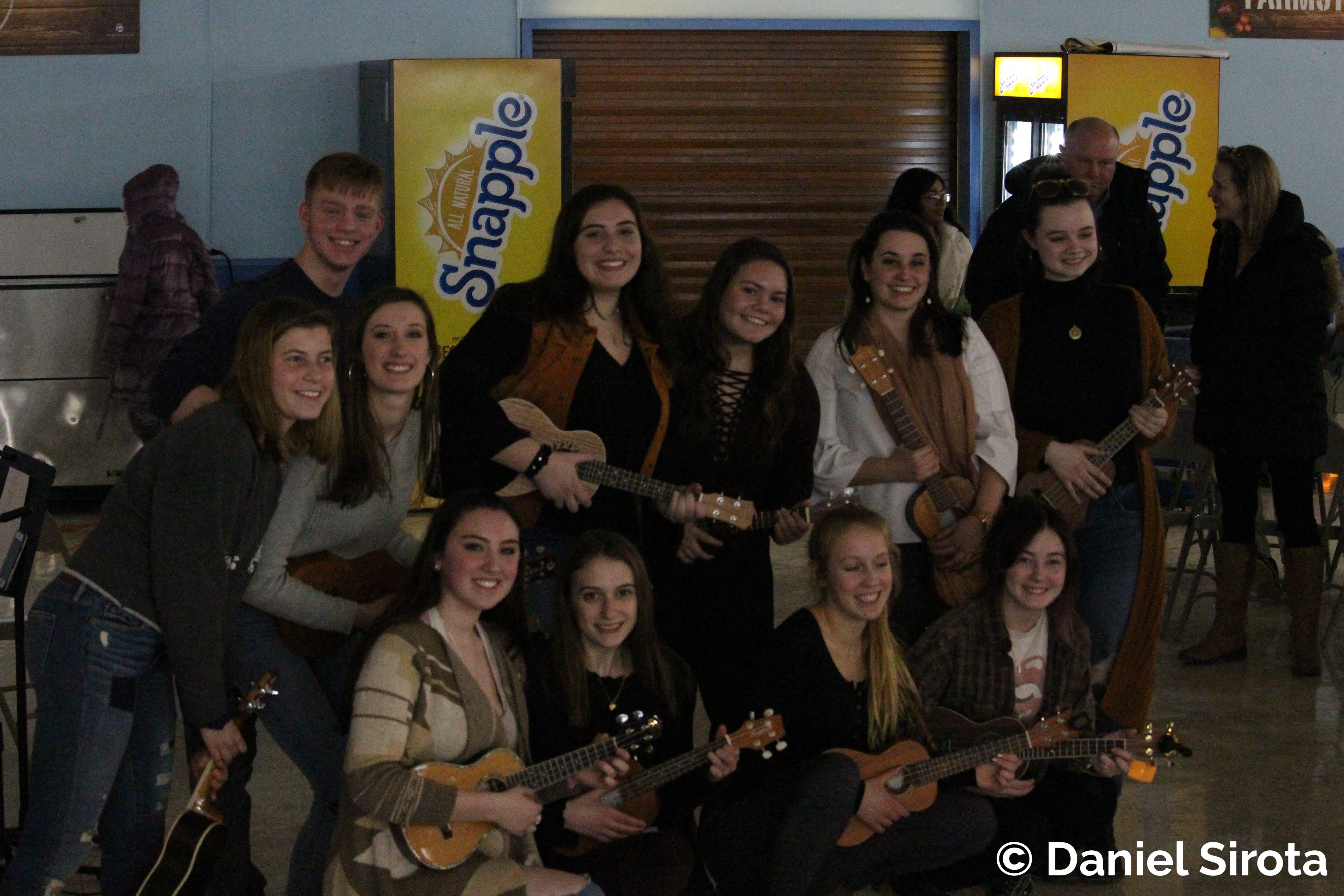