Home Soccer Girls Soccer Survive and Advance: Millburn Pushes off Belleville, Advances to the First Round 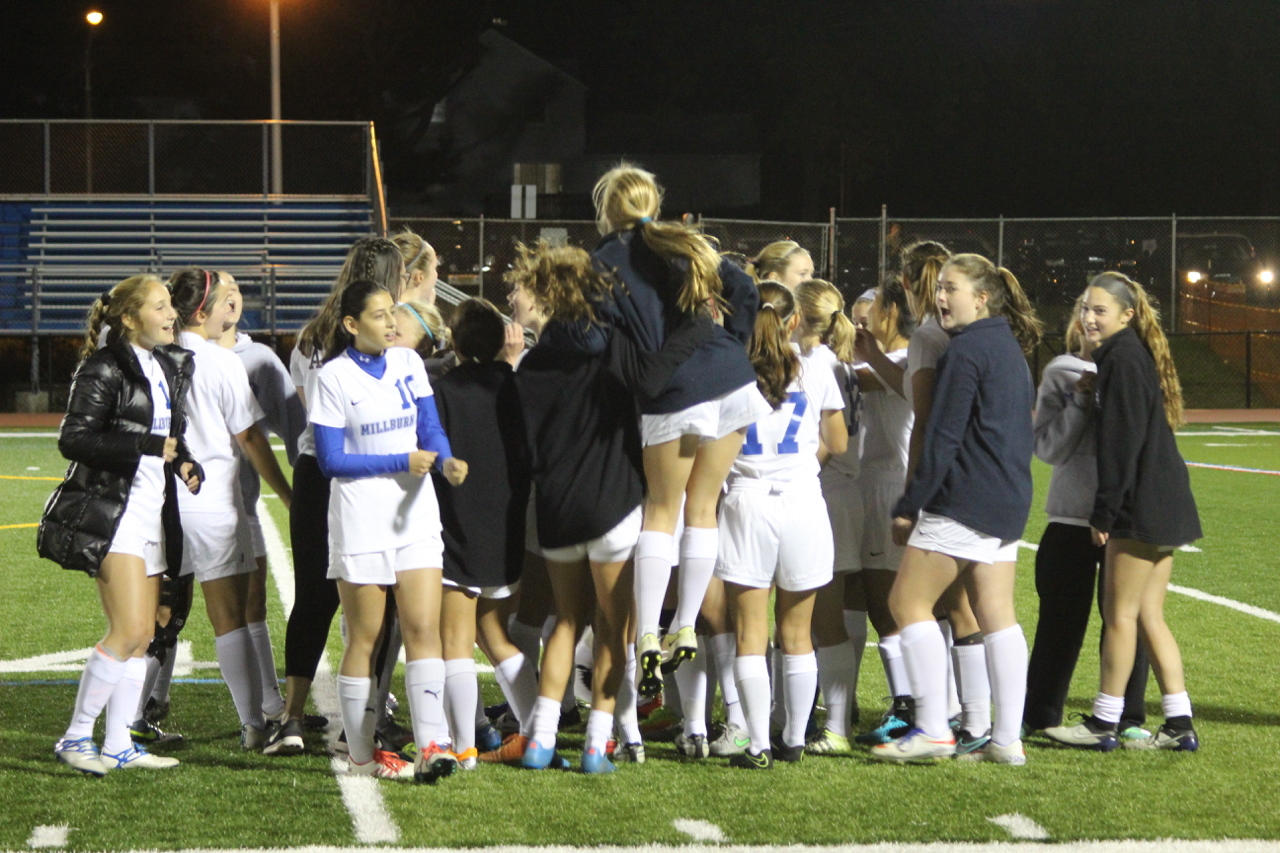 MILLBURN, NJ – The Millburn Girls soccer team (9 seed) steamrolled the winless Belleville Lady Buccaneers (16 seed) in the preliminary round of the Essex County Tournament 8-0, to advance to the first round of the tournament.

The Lady Millers were the heavy favorites, which is rare for a 5-7 team. Belleville knew they were overmatched heading into the game. They were a top tier team in the second tier division, the SEC-Colonial, last year. With a padded record in the Colonial Division, the Super Essex Conference promoted the Lady Buccaneers to the American Division with Millburn.

“We consider Millburn to be one of the best teams in the state. When they lose a game, with the talent they have, it is a disappointment. We are a different kind of team, since the switch to the American, we have just been fighting to stay competitve. When we play a good team tough, it is an accomplishment considering the difference in talent from now to what we are used to” said Belleville Head Coach, Percy Pineda.

Millburn proved to be the dominant squad early on, scoring their first goal just 45 seconds into the game on a penalty kick off the foot of junior Peri Lamkin. Just four minutes later, Lamkin set up senior Candace Kharitonov with a graceful lead pass for Millburn’s second goal. Kharitonov was the recipient of another perfect pass, a cross by freshman Chloe Zegas.

Many may be surprised by the fact that Millburn’s quick and plentiful scoring was not uncharted territory for the Lady Millers. Millburn actually scored three goals in the first ten minutes of their regular season matchup with the Lady Buccaneers on September 14. Millburn scored an additional five goals in the game by junior Ava Belcuore, senior Julia Kirkland, Chloe Zegas, sophomore Anna Nesser, and one more by Peri Lamkin.