Home Reviews “The Favourite” and the Aura of Prestige Film 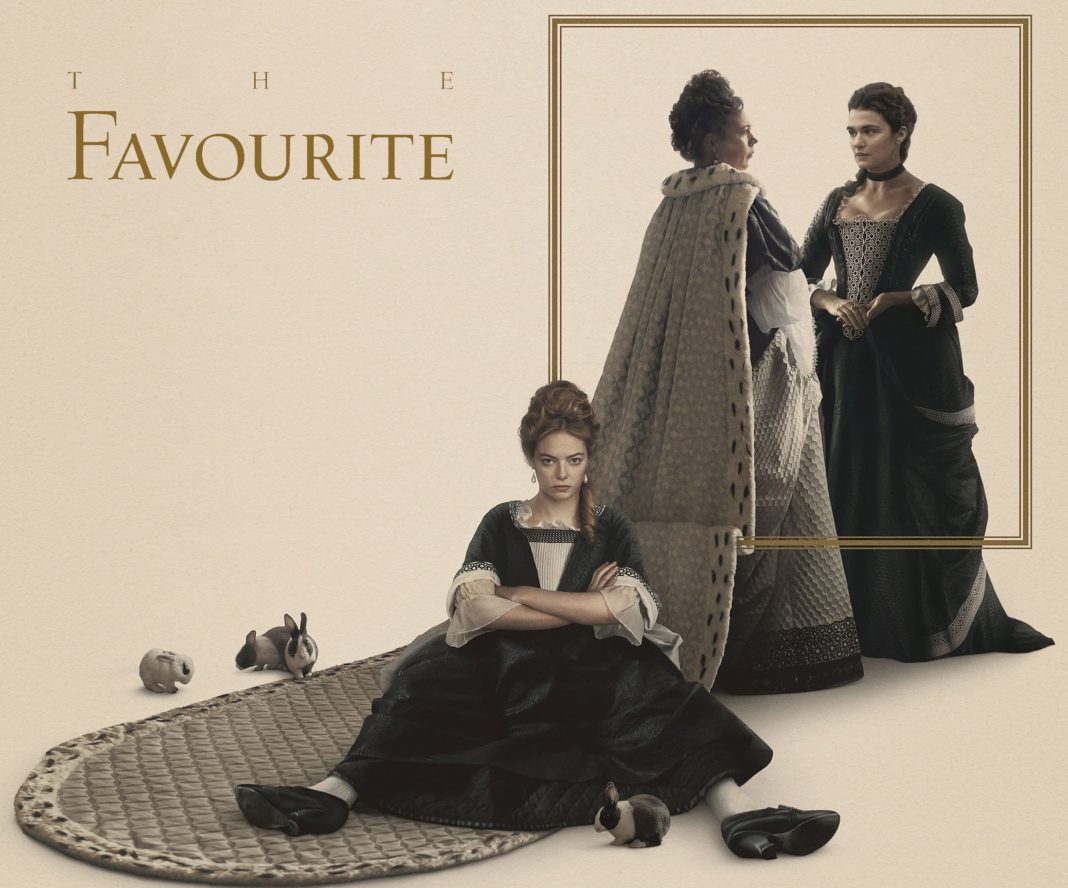 If you follow film news, chances are you’ve heard about a film called, “The Favourite.” I know I’m late in terms of review timing, but now that the Oscars hype has died down a little, I was able to more closely examine this film and realize it’s not everything it’s cracked up to be.

Before getting into the details of the film, I realize most of my problems come from one issue: the aura of prestige cinema. Before watching the film, I knew barely anything about the plot. What I did know, however, was how grand and good the film was supposed to be. After all, this film does fall under the category of “prestige cinema.” And how can that label possibly be wrong?

Prestige cinema is about famous actors, excessive expenses, and lofty direction. The understood schtick is that if you didn’t like said “prestige” film, you just didn’t get it. The movie, excuse me, film, was so deep and meaningful that your simpleton self didn’t have the necessary IQ to enjoy it. No longer will I let myself be so swayed by what renowned critics tell me to believe.

Yes, this film ticked the three categories I somewhat jokingly outlined above. With stars like Emma Stone, Olivia Colman, and Rachel Weisz, I was expecting a lot. There’s no way this film won Oscars for nothing. My point isn’t that the film wasn’t good. I’m trying to say that it wasn’t as good as I was told reassuringly it would be. When a movie has those magic three ingredients, it’s difficult to refute with a common appeal that we’ve all been entranced before our first viewings.

This film fell disappointingly below my high expectations. After being hyped up so much, I thought this film would be poignant beyond belief. Unfortunately, the film lost what compelling nuance it had built in by plainly spelling out the undercurrents through dialogue and/or clumsy shots. This leaves little room for interpretation and is frustrating as a viewer, since I wasn’t allowed to form my own opinions. The acting was great and so was the story and so were the costumes, etc.  All the individual components were great – something was missing to tie them all together. The ending left me dissatisfied. It felt all the latter development was cut to fit the two hour run time.

Again, I will stress that this film wasn’t bad, it just didn’t blow me away. This was exactly up my alley. I love history (particularly British history) and politics. The one key thing that kept me watching an otherwise shocking boring piece was the interesting portrayal of women’s sexuality within confining times. The patriarchy was booming, yet none of the key women seemed bothered by it. In fact, they encouraged their male counterparts to maintain their superiority. It didn’t matter to the women that the men believed they could have their way with anything. In some ways that was true. Behind the scenes, the women cultivated more power than the men could ever recognize.

Not to get too philosophical, but in the modern feminism movement, I see far more women giving up their power fighting for the right to equal power. When demanding more rights from men, many men become more entrenched in the patriarchy, believing those women to be shrill and irrational. In both cases, the women gave up public power for power behind the scenes, and men still dominated, despite strides.

In that sense, this movie had a unique social commentary, unfortunately overshadowed by painfully long close ups and an awkward timeline. I would still recommend anyone interested in the subject matter watch “The Favourite,” just make sure check your expectations at the door.