Home Student The Genius of “I Took A Pill in Ibiza”- A Critical Analysis... 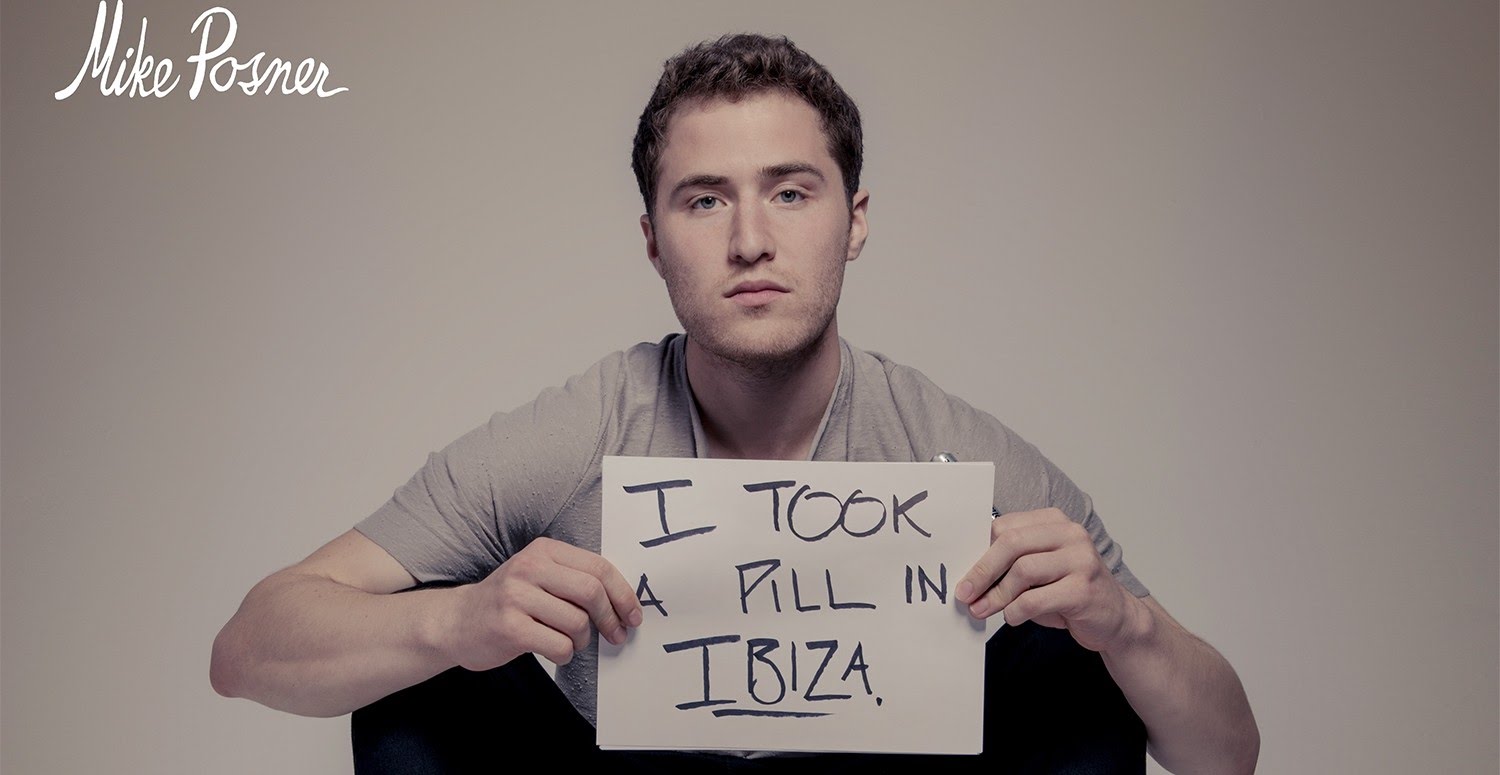 By now, you’ve probably heard one of the biggest songs in America at the moment with “I Took A Pill in Ibiza” by Mike Posner with the remix by Seeb.  At first listen, it sounds like your normal electronic music/party song, but what if I told you that this song is actually one of the most depressing and most brutally honest songs you have ever heard. There is a deeper meaning that shows the true brilliance of this song you might not have seen.

Let’s start with big question: who is Mike Posner? You might now know it, but you have heard of this man before. Back in 2010, Mike Posner had a smash hit with “Cooler Than Me”.

It was one of the biggest songs of that year, but after that, we basically never heard from the man again. Fading into obscurity, it pretty much seemed like he would be a one hit wonder joining the ranks of Gotye, Magic!, and Foster The People.  This context is crucial to understand because under that dance party, electronic beat, “I Took A Pill in Ibiza” is Mike Posner is explaining his life as a one hit wonder with all the things that fame did to him and his story is not a fun one, but gripping to listen to and this is where the brilliance comes in.

The title, “I Took A Pill in Ibiza”, on the surface is just a celebrity bragging about his life: he is taking drugs and partying in an exotic location. Your standard lyrics of a party song, but it is the next set of lyrics that change everything. He’s not taking these drugs because he is a celebrity living a lavish lifestyle, he’s taking them to look cool in the eyes of someone more famous than him (Avicii). It’s a sad attempt to still be noticed by physically harming his body (he literally says when he came down from the drugs, he felt “10 years older”). The mention of drugs is not for the purpose of fun like in most songs, but to show the listener what he does to desperately look cool even as a one hit wonder. He then mentions how he is living in Los Angeles, drives a sports car, and made a bunch of money that he spent on women and shoes. Posner is reflecting on his past when he was in the limelight, but sings these lyrics not with enthusiasm, but with regret. It’s not him advocating this lifestyle, but denouncing it (this lifestyle he once lived). It’s through these first couple of lines where he details his life as a washed up one hit wonder and how he regrets the way he handled his fame. Only one verse in and we are already given this heartbreaking perspective.

But it’s these next set of lyrics that best show the depressing nature of these lyrics and the song:

I’m just a singer who already blew his shot

There’s no mistaking, Mike Posner is talking about himself. He is admitting to the fact that he blew his shot at fame and that he is nothing more than a forgotten artist with one popular song that everyone eventually forgot (Cooler Than Me). It’s sad, yet also endearing, to see an artist straight up make fun of himself and how his life has gone. It is this unfiltered and brutal honesty that Posner gives about himself that makes “I Took A Pill in Ibiza” so genius. We are going into the psyche of a man that had fame for a quick second, lost it all, and is now forgotten with him admitting to all of it. I have nothing but respect for this guy as he fully acknowledges the faults in his life and accepts them.

The rest of the lyrics include Posner painting himself as a cautionary tale of what fame does to a person, urging the listener not be like him. In other words, he is saying fame can have a dark side, a side that is not worth having. His life of fame included loneliness, paranoia, and just a bleak outlook on life (only knowing songs of sadness). He even gets uncomfortably personal to us as he explains why he can’t keep a girl, explaining that he lets girls go based on the fact that he can’t open up about his feelings to them. This song has Posner disclose so much disheartening info from how he views himself to how he closes himself off from others.

The topic of the horrors of fame have been discussed before in music, but never from a perspective from that of Mike Posner. This is a one hit wonder that has been through a personal hell and back and lived to tell the tale, with the product being “I Took A Pill in Ibiza”. The fact that he has opened about about all of this in such a blunt and straightforward way makes for such captivating and such layered music. It’s a refreshing addition to the charts as he scolds pretty much the topic of everything else on the radio. So the next time you listen to this song, try to realize that it’s trying to do more than just make you dance: it’s also trying to make you think and understand the life of Mike Posner. It is about the rise and fall of fame, but only highlighting that ruthless fall. And that is the brilliance of “I Took A Pill in Ibiza”.

And if you think that it is pretty ironic that a song about being a one hit wonder became a giant hit, that’s because it is, but hey, that’s life.