Home Shows 462 Sports The Impact of Coronavirus on College Sports Stretches Far Beyond Wins and... 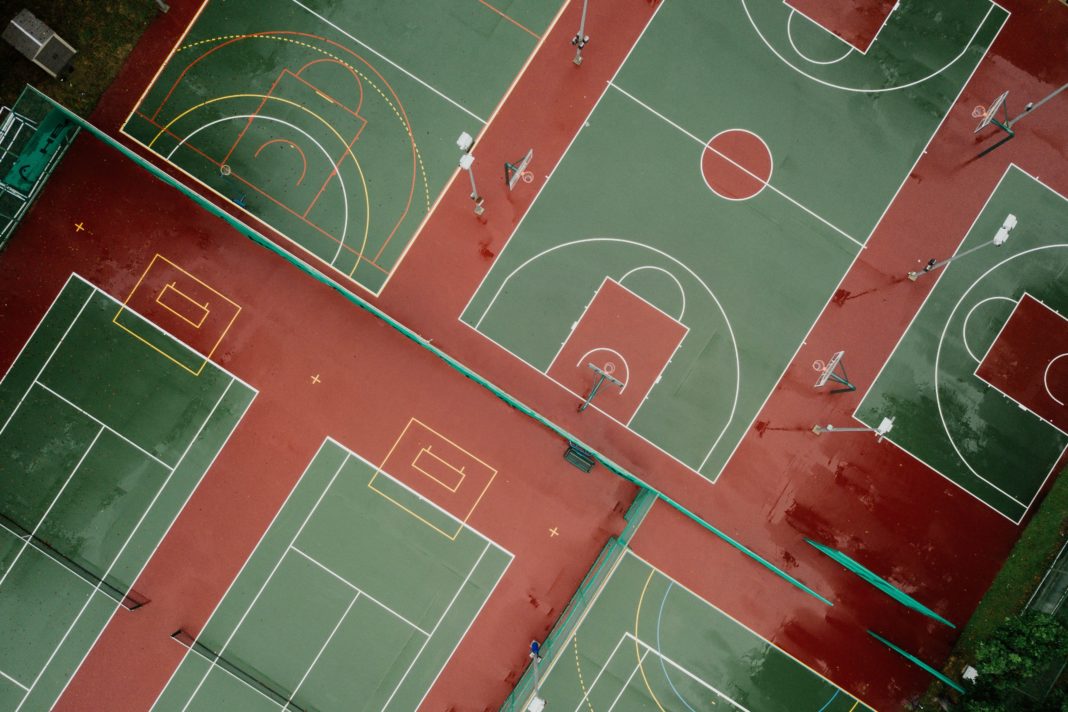 With COVID-19 halting everyday life, college athletic programs are one of the many institutions greatly affected. The NCAA canceled all spring seasons for colleges across the nation, leading to a number of questions and concerns.

I spoke with three members of prominent collegiate athletic programs from around the country: Fred Smith, the Associate Athletic Director at Northwestern University, Howard Joffe, the Women’s Tennis Coach at the University of Texas at Austin, and Jake Van Nostrand, the Men’s Lacrosse Coach at the University of Southern California. They shared their opinions on the future outlook of institutions that depend on sports for an abundance of funding and publicity.

Smith placed importance on respecting the student-athletes who have had their seasons canceled and understanding how it may change how they remember their college experience in the future.

“The thing that we have tried to do at Northwestern is to be as empathetic and compassionate as we can and do the right thing by our athletes,” he stated. “We continue to weigh what that means with all the different parts about competing. Trying to help each other cope with this, staying mindful of mental and physical health, while being caring and human about how to act during this time is extremely important to us.”

On that same note, Joffe emphasized the steps that need to be taken with regard to moving forward.

A Shift in Scholarships

In terms of scholarships, Smith gave an interesting insight into how schools under NCAA guidelines are impacted by the extra year of eligibility.

“Scholarships remain the same, with the NCAA setting scholarship limits. They have changed some of the bylaws for a year for the seniors that are coming back so schools are allowed to go over the scholarship cap,” he explained. “For example, baseball is allowed 11.7 scholarships, but now we can give the returning 2020 seniors scholarships above that limit up to the level of scholarship they were already receiving.”

However, in terms of recruiting, many coaches and administrators believe that changes to the process will have to be made.

“From a recruiting standpoint, it’s time to get creative because spring is a typically good time for students to visit campuses and coaches to see players,” Smith said.

“We at Northwestern have moved to virtual visits. […] However, the face-to-face, in-person aspect of recruiting is gone now. It’s hard for parents to see who they want to entrust their kids with. Players will have to make these decisions without shaking their future coach’s hand and stepping on that campus. It goes from something you can touch and feel to what you can get from a virtual environment.”

He continued, “It’s the same for coaches, who want to see how a player interacts with you, their body language, vibe, etc. From that standpoint, it is difficult.”

Van Nostrand brought a similar perspective to the table on how recruiting is impacted for the upcoming class.

“Recruiting events have been postponed and canceled and everything is being pushed back, so having multiple events on the same weekend results in a smaller window to see kids and recruit them,” he said. “I have done a few zoom calls with kids that are interested, but the hardest part is seeing kids play whether it is on film or in person.”

As a former player, Van Nostrand addressed the misconception that coaches are not as affected by the shutdown.

“We get into coaching because we have been athletes and are competitive ourselves,” Van Nostrand noted. “I feel like I’m a very competitive person, and it is tough for us and the players not to be able to go out there and compete. […] sometimes people think coaches aren’t as disappointed after a season passes by, but you create bonds with each and every team. This year we had nine seniors.”

“This is my third year involved in the USC program, so this class was the one that I was involved with specifically when I came here and really felt a connection with. […] That’s the hardest part, not seeing those guys again and coaching this specific team, the everyday competition that we are all used to the whole season and in years prior.”

With regard to the economic stability of the NCAA and its members, Joffe emphasized the financial burden and the difficulty that lies ahead for collegiate conferences.

“Most athletic departments are funded by money from the conference,” Joffe explained. “For example, the Big 12, which Texas is a member of, has a television deal. That money from the deal is dispersed to each school throughout the conference. It fuels all of these sports and scholarships. The NCAA distributes money to all its member institutions. They lost all that revenue when March Madness was canceled. The effects are yet to be seen, but they will be considerable.”

Keeping in Touch With Players

Joffe also discussed how he is keeping in contact with his players and making sure they are staying healthy and in shape.

“Similar to summer, we have maintained informal contact with all players in order to support them in whatever way we can, especially academically since all classes have gone online,” Joffe said.

“With respect to tennis, there is no real blueprint for managing this. […] Our strength and conditioning coaches have sent them programs that can be done. However, it is such an unprecedented time, so other than wishing them well, it’s difficult to manage what they are doing.”

Smith told me a little bit about how teams at Northwestern are staying in touch and keeping up the team mentality.

“[…] our women’s basketball team did a TikTok challenge last week. Our men’s soccer team all watched Groundhog Day seeing how you can choose a positive mindset even when every day seems the same. It’s all technology-based and doing engaging things is important.”

Expanding on that, Van Nostrand said that his players have been sharing videos to keep in contact with one another.

“A lot of it is about keeping the team mentality,” he said. “Sharing videos helps them support each other and lets them know that the team is here and keeps the mentality even though they can’t see each other face-to-face.”

“We are at the tip of the iceberg with some of the ripple effects, but it will be fun to see how much kids are missing the sport,” Van Nostrand finished. “The lack of closure for the seniors is terrible. For everybody, that’s it. It’s over.”