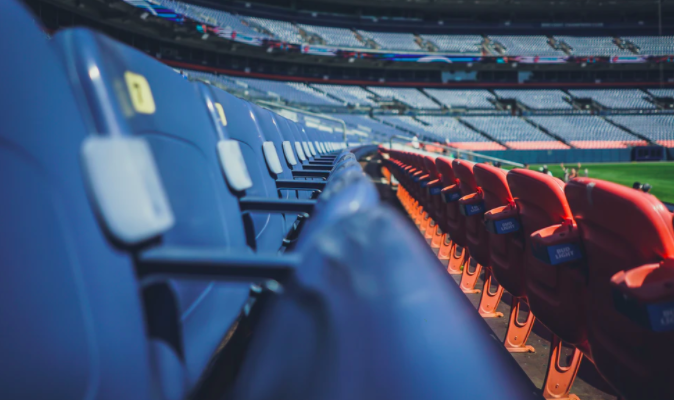 Life is continually changing, but the one constant has always been sports. During WWII, there was a women’s baseball league created because the men were fighting overseas. After 9/11, sports helped New York and the rest of the United States rebuild with a sense of unity. And, today people need that same diversion.

In early March, I had the privilege to attend the 2020 Men’s Basketball Big East Tournament as a credentialed member of the media. The first day was totally normal, with an abundance of fans and both teams playing with one goal in mind: to win. Towards the end of the second game between Xavier and DePaul, however, news broke that Utah Jazz center Rudy Gobert had COVID-19 and the NBA was canceling all games indefinitely.

The Beginning of the End

Leagues and organizations around the country followed and suspended operations, with the final straw being the NCAA tournament.

“When the NBA decided to put its season on hold and suspended its games, you could almost see it coming in terms of March Madness,” said Jim Spanarkel, a television analyst for the Brooklyn Nets on YES Network and college basketball on CBS, who has broadcasted the tournament for 24 years.

Now, a few months later, the era of “fanless sports” is nearly underway. The NBA and Major League Soccer have already announced their respective returns to play in Walt Disney World towards the end of July, and Major League Baseball is currently in negotiations with the MLB Players Association on a potential deal to return at some point this summer.

“For many leagues, I think that you are going to see a staggered approach [to a return to play], but most decisions will be made based on the opinions of medical professionals,” Spanarkel said.

“Medical predictions will guide us for the future, especially on whether or not there will be a second wave of the coronavirus. Most importantly, we need clarity on medical decisions first.”

At the collegiate level, fall sports will primarily be dictated by students returning to campus, which will allow each conference to make its own decisions unless the NCAA issues universal restrictions.

“We at the Big East have been talking about contingency plans if seasons are disrupted and we need to prepare in case that might happen,” said John Paquette, the Associate Commissioner at the Big East Conference. “We still have to wait a little while to see if campuses open ‘on time’ for the fall seasons. If that happens, there will be little disruption.”

Paquette emphasized that there are a number of questions that may arise if the fall season cannot start on time.

“In soccer, for example, we have a league season and a championship. What if we have to start later? Will there be an abbreviated season? What would be the minimum number of games needed to play to qualify for the championship?”

“In men’s soccer, the top six teams make the championship. If the season is abbreviated, should we alter our championship accordingly? Do we still do the same things for determining a champion? Those answers may not all be the same, depending on the sport.”

“Also, in individual sports like cross country, there is only a championship. On that same note, sports like track and field, swimming/diving, and tennis probably will require different decisions compared to soccer. At the same time, we still don’t know what life is going to be like, so we have plans in place and will move forward depending on those circumstances.”

The uncertainty of the fall season stretches far beyond scheduling and playoff qualifications. The colleges involved in play may vary across the country depending on the conditions in their respective states.

“Different parts of the country will be ready at different times. Some schools in the south where the virus isn’t as prevalent may be ready to start while schools in the northeast may not be ready,” Paquette explained.

“We are preparing for contingencies even though we don’t know what’s going to happen, and without a strong idea, it is hard to stick to one thing or another. Schools typically open in August for the fall semester, but we still don’t know. We all want no disruption but I’m not sure if that can happen.”

Some potential ideas could be grouping divisions up by regions and reconfiguring the brackets for potential playoff tournaments. Creighton, Butler, Marquette, DePaul, and Xavier may begin to play earlier in the fall, while teams like Seton Hall, Georgetown, St. Johns, Villanova, and Providence might start on their own at a later date and score their records accordingly.

“There are all kinds of things out there that can’t be made clear yet. It will be interesting to see how other conferences handle the situation, as we are all in the same boat in terms of regional differences.”

The Economic Toll of COVID-19 on Professional Sports

From a financial and a team-value standpoint, the current economic circumstances amid the coronavirus pandemic have varying effects for owners and investors alike.

“There is an impact on each of these teams’ P&L and it varies by league,” said Lyle Ayes, the Head of Advisory at RedBird Capital and Venture Investor at OneTeam Ventures.

“The NFL is least reliant on gate revenue, followed by the NBA, MLB, NHL, and MLS. In the immediate future, teams will be hurt by not selling tickets to fans. It will impact the sale of merchandise, concessions, etc. The material impact over the next 1-2 years will be substantial, and some teams that don’t have the balance sheet strength to overcome the short-term pain may be forced to bring on external financing and/or investors.”

However, with an expected return to play on the horizon, it’s important to look towards the future and the impact that the shutdown will have on the value of teams across leagues.

“In the long term, there should be no real impact on valuation. Most owners and investors look at these as long-term and potentially generational investments. In the short term, it will be painful. People will not look back fondly at this point in history, but it won’t impact the overall value long-term.”

“The issue is that potential investors are attracted to lower valuations and the ability to buy teams at a significant discount to pre-COVID valuations. However, sellers firmly believe that long term value has not changed. So, they will just wait. No league wants to facilitate a deal in this type of environment either, so I find it unlikely that there will be a meeting of the minds between potential buyers and current owners.”