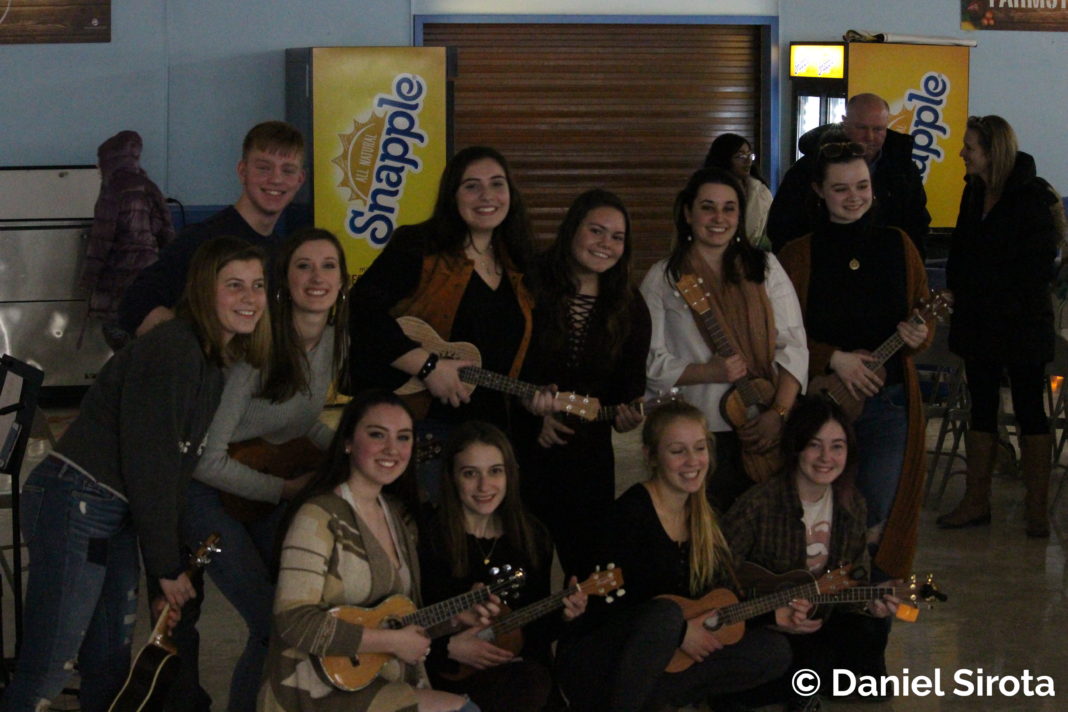 MILLBURN, NJ – The Millburn High School Ukulele Club held its first “Coffee House Concert” on Friday night at 7 PM. The club, headed by seniors Vivian Murphy and Alyssa Rothman, performed to an audience of more than 70 people in the high school cafeteria.

The concert had a total of 19 songs performed by many individuals of the club as well as group acts. Many songs performed were well-known among the audience, and some songs were even written by members of the club. While the club is comprised mostly of seniors, underclassmen like Caitlin Sleeman and Jarod Friedman had their chance to shine as well.

During the intermission, the club sold raffles sponsored by many businesses in downtown Millburn.

The concert was an overwhelming success, and plans are already underway for a luau-themed concert in the spring!

You can view all Studio 462’s pictures from the night at http://bit.ly/UkeleleClub462