Home Opinion Why Are Students Really Not Getting Enough Sleep? 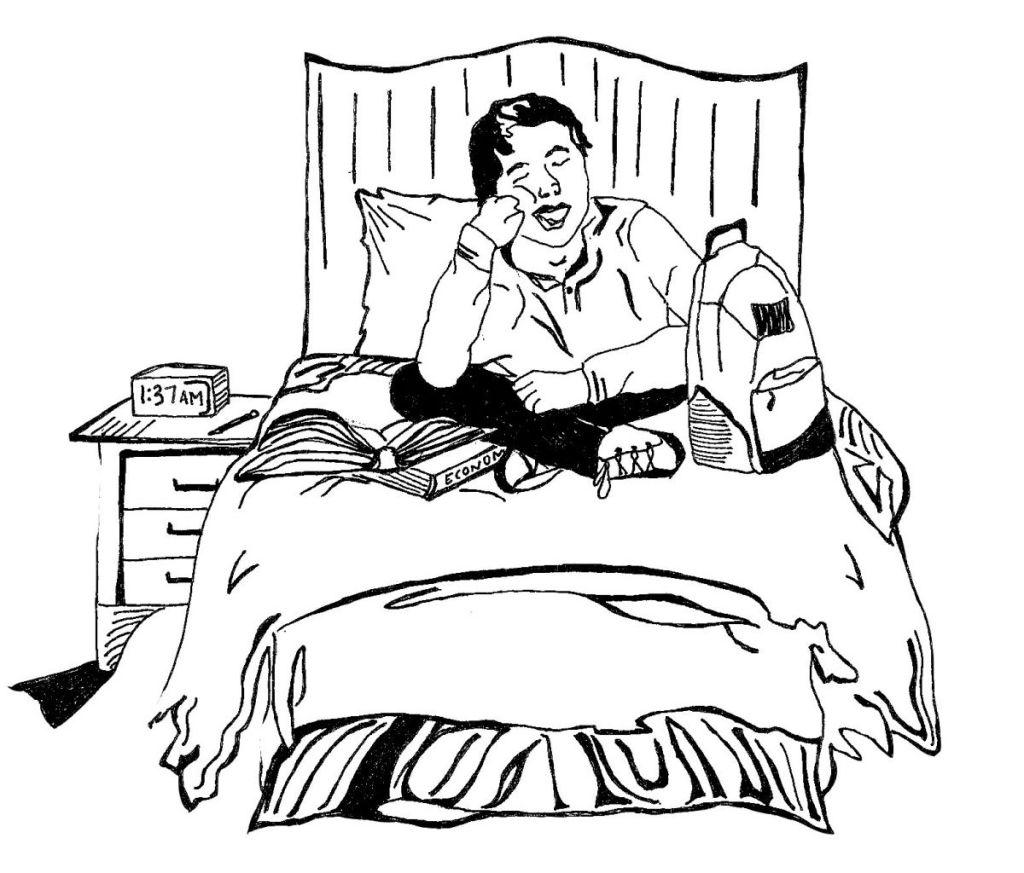 In Millburn, we know student sleep deprivation is a problem. Before, I  always attributed the problem to the amount of work, sports, etc. However, I recently read an article exploring different possibilities.

It spurred me to do more research and I learned they are actually several less obvious reasons why many of us come to school exhausted.

While teenagers generally get 6.5-7 hours of sleep, a lot of potential sleep is lost by the way the adolescent body naturally wants to sleep.  Due to hormones activated during puberty, it’s normal for teens to feel sleepy 1-2 hours later than younger kids and adults.

In order to maintain the recommended 8-10 hours of sleep, teenagers would need to sleep in later the next morning. Even if a student was able to get to bed earlier, the quality of that sleep might not be as good as the quality 1-2 hours later. Sleeping in, however, is a luxury few students have with a 7:45 am school start time.

Many of us have struggled with fatigue during the day only to feel weirdly invigorated around 8:30-9 pm, when we (theoretically) should be winding down to sleep. Then, we wake up around 6-7 am, exhausted from the day before and exhausted for the day to come – it’s a vicious cycle.

I know this is the one no one wants to hear about, but that doesn’t make it any less important to discuss. We are constantly surround by screens.

Whether that be for school or leisure time, screens are everywhere.

I don’t know how I would avoid using a screen for a full school day, let alone a couple hours before bed. Much of our homework, textbooks, and study aids are online. So is social media, texting, and Netflix.

There are studies that show students who shut down all screens 1-2 hours before bed get more sleep. The exact number varies, depending on the source you look at. One source I looked at said students who did shut down the screens got 21 extra minutes of sleep per night.

I know that doesn’t sound like a lot right now. Just know that 21 minutes over 5 days really adds up. I would do near anything for 21 extra minutes of sleep in the morning.

Specifically, the light from screens can help disrupt the production of the sleep chemical, melatonin, which signals your brain whenever it’s time to sleep.

If you’re don’t sleep well one week for whatever reason and can’t catch up over the weekend, chances are your poor sleep will continue. Your brain becomes more active, weirdly enough, when you don’t get adequate sleep, what many of us fondly rely on after a sleepless night.

This so-called “reserve energy” does have a dark side. A brain that has been over-stimulated all day is less likely to be able to calm down by the time you really need to get to bed. Thus, you have another sleepless night, and so on. Reserve energy can’t last forever.

There are, of course, several ways to get some more sleep. Don’t worry, I’m not going to propose cutting extracurricular or dropping classes. I listed some methods below I thought would be the most practical. Complaining about levels of fatigue doesn’t do anything. The very least we could do for ourselves is try to alleviate the problem.

Getting the least hours of sleep in your friend group is not an accomplishment. In fact, we should start bragging about getting the most sleep.